The EU Commission's proposal for a Common European Sales Law (CESL) and the European Law Institute (ELI) Statement on this proposal bring up many of the core issues.  There will be discussion after brief introductions. 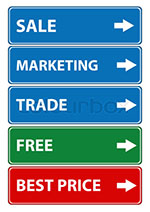 Placing CELS and the consolidated consumer rights directive into the wider context of the continued expansion of European, international and domestic regulatory private law and its interaction with the 'general' contract law of the member states continues to be a challenging subject. See also the newspage of the European commission.

Professor Hans Micklitz, EUI, Florence, will introduce a session on the relationship between 'traditional' European private law (CESL), the common principles of civil law (as developed by the European Court of Justice, ECJ) and the postmodern European regulatory private law.

Professor Chantal Mak, University of Amsterdam, will introduce a session on the interaction between EU and national contract law and general principles of law.

One theme of the seminar is the way in which the solutions have moved between PECL, the Study group, DCFR and CESL on several core issues such as good faith and fair dealing as rights or duties with consequences for remedies; the reach of pre-contractual liability; and seller's right to cure as restriction on consumer rights.

Another is the impact of the emerging case law of the European Court of Justice, most recently C-22/11 Finnair on liability for airlines and how far a strike can limit this.

The ELI Statement provides yet another turn, advocating solutions on the basis of certainty and coherence in private law. The ELI Statement provides the basis for discussing the form (need for a single instrument rather than a regulation and annex), the exclusion of the pure B2B transactions from the reach, the cross border requirement, pre-contractual liability and clarification of the rules on rescission and restitution, and the balance between consumer protection and legal certainty, including provisions against abuse of consumer rights.

The conference is organized by the Research Group on the International Law of Contract by Giuditta Cordero-Moss, Kåre Lilleholt and Mads Andenæs, and with the Norwegian Association of European Law and the Financial Market Law Project.

The research group International Law of Contract
E-mail this page

If you want to participate, please send an e-mail to: Ørnulf Kristiansen