As humanity reaches an historic urban tipping point, with over half the world’s population now living in cities, how can human rights contribute to making cities more liveable and how do cities, in turn, affect human rights? 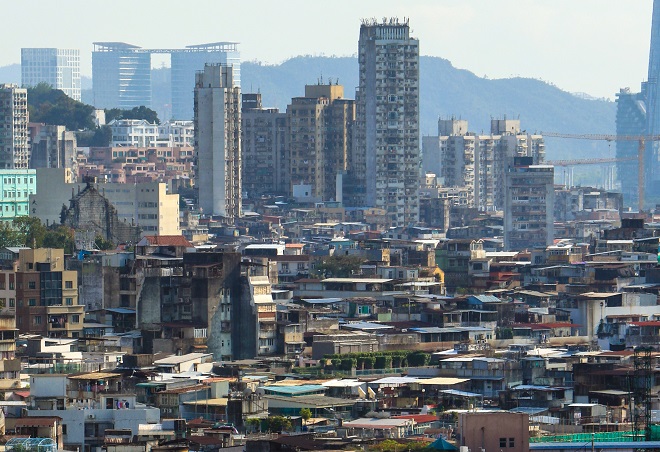 One of the salient features of the Corona virus pandemic has been the distinctly urban concentration of infections. In country after country, the clear majority of cases are gathered in urban settings. This development doesn’t preclude the risk of transmission elsewhere, but rather shows how the particular characteristics of towns and cities – notably population density, and patterns in how we live, work and travel - heighten the vulnerabilities surrounding Corona virus.

How can urban characteristics affect and be affected by human rights?

Such challenges associated with urban living, as well as the undoubted benefits, are now amplified by humanity reaching an historic urban tipping point: over half the world’s population lives in cities, which will rise to seventy per cent by the year 2050, and increasing at a break neck speed in some regions, especially in sub-Saharan Africa and South East Asia.
Beyond this trite numerical fact is how cities adapt to urbanisation but also how they have become ever-more significant political and socio-economic agents and arenas. How then can these urban characteristics affect and be affected by human rights?

The common place terminology of the “Refuge City”, “Resilient City”, “Sanctuary City”, “CEDAW City”, “Human Rights City” and the “Right to the City”, or, more developmentally, in terms of the “Smart City”, “World Class city", or ‘C40’ cities (Climate Leadership network) all reflect for instance, how global development and human rights increasingly recognise the growing relevance of cities’ influence over processes previously monopolised by nation-states.

Cities are not only strategic scales for policymaking, but ones also in which contests over rights are becoming integral at city-level: whether in social justice activism, litigation, municipal ordnances, endorsements of commitments, declarations and, especially, in pursuit of issues ignored, or, reneged upon by national level governments.

Take the spectacular ‘decoupling’ of several cities from federal government in the United States over the Trump administration’s decision to pull out of the Paris Agreement, as well as other policy measures concerning immigration. And yet many cities in the US are using international agreements to pursue more environmentally-friendly and migration-friendly, and not least, rights-based policies locally.

A closer eye is required as to whether the growth in interest in cities can be expected to merely reflect extensions of transnational norms and International Human Rights Law (IHRL) into cities. Rather, given the ongoing challenges with translating their universal norms into locally meaningful standards, human rights may instead potentially gain much needed traction from being urbanised.
Human rights standards, in other words, generally remain abstract from everyday life until embedded in the intimate spaces of the home, neighborhood and society. Reciprocally, city-oriented networks, as identified above, can empower cities, particularly in the face of national or regional level government either slow, unwilling or actively opposed to action on certain issues.

Emerging overlap between rights and cities

Ongoing work at NCHR seeks to further theoretical and empirical implications of the emerging overlap between rights and cities. In connection with the Law Faculty’s research group Sustainable Development and Human Rights, for example, focus is placed on cities as both key arena of, and as agents in, human rights engagement.

A forthcoming book chapter, for example, looks at three key avenues for human rights entering into and shaping cities -as well as shaped by them, in three ways: as Human Rights Cities; through Economic and Social Rights litigation; and the Right to the City concept and approach ( see P. S. Jones (2021) ‘Economic and Social Rights and the City’, in Oxford Handbook on Economic and Social Rights (Oxford University Press) (Langford, M and Young, K. eds.). It shows that Human Rights Cities are increasingly emerging globally, as local city authorities actively incorporate and work with international human rights standards – such as recently, Bergen, Norway. But the engagement is not in any predictable way and requires empirical evidence; for example, some cities prefer to talk about social inclusion, and intentionally have less legally oriented approaches and may have competing motivations.
But then legal standards can also be shown to have a distinct impact upon the urban fabric through litigation around evictions, housing, water and so on. Lastly, there is the Right to the City concept, which perceives a tension between individual and legally focused rights, and the wider forces shaping the city, such as financialisation of property markets which are often untouched by human rights.

Projects related to these themes include one which addressed the limits to the right to life amidst the routine practice of police extra-judicial killings of young men in informal ‘slum’ settlements of Nairobi, in spaces deemed as ‘outside’ of the law and rights. Currently, another project looks at the role of cities in embedding the Sustainable Development Goals into municipal level actions.

A joint collaboration between NCHR and the Raoul Wallenberg Institute is looking at key civil society-local state partnerships in Oslo, Uppsala, St. Petersburg and Åland. Its focus is particularly on the potential significance of certain models and approaches contributing to implementation of human rights and the SDGs at local level, especially pertaining to the inclusion of vulnerable groups.

In Oslo, for example, our initial report-based on desk review, from internet based sources, particularly local municipal plans- shows how human rights at the local level tend to be activated as ‘social inclusion’ and that the SDGs though not explicitly used as guiding principles for Oslo’s plans and strategies, content found in the SDGs are integrated, and forms the basis for local plans and strategies. Furthermore, there are important regional and international platforms influencing Oslo municipal policy. Lastly, there are several innovative partnership models with civil society integrating rights and the SDGs into its work.

Research on the right to adequate housing

In addition, a recent research application submitted to the Norwegian Research Council seeks to look at how one particular right- the right to adequate housing- potentially brings the Sustainable Development Goal 11 ‘Make cities inclusive, safe, resilient and sustainable’ into legal, policy and local practices. If successful the project will look at right to housing and SDG11 across 5 cities in the Global South.

Such work are some of the initial meeting points between human rights and the city and which we hope to develop at NCHR in the years to come as a new sub-genre within human rights theory and practice.