Development of Human Rights in the Context of Todays Challenges

A lively and crowded seminar recently hosted by the Research Group Human Rights and Sustainable Development at the NCHR, highlighted the specific historical and geographical context of the development of the international human rights movement, which gave it enduring characteristics still resonating today. Speaker: Louis Bickford, Memria.org and adjunct Professor, Columbia University. 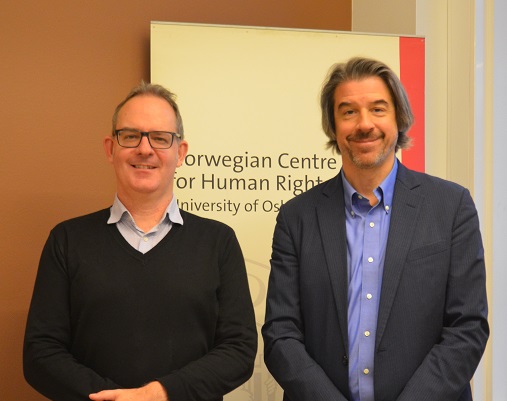 What are some of the contemporary challenges confronting the 'human rights movement'? How might new tools and new strategies be developed to provide better support to human rights defenders on the ground?

Bickford described three distinct phases to elaborate on the issue: 1) 1977-1988, with the emergence of modern human rights from the 1970s that shows key features, such as a bi-furcation between international actors and national level ones: shaping key approaches, such as awareness raising and classic naming and shaming driven by international actors; often extracting information and concerned with elite bargaining and gate -keeping of issues placed on agenda; 2) 1992-2000, whereas previously funding was challenged through states, there was an explosion of interest in civil society during these years - NGOs got powerful, and these developments also partly explain the contemporary backlash against civil society organisations because they receive funding and, in effect, compete with the state; there were also challenges to northern NGO gate keeping, with new sets of rights driven from the Global South, such as socio-economic rights. 3) 2000-2012, saw the emergence of critiques against human rights and NGOs - and new networking, and more concern with grass roots actors.

Since 2012, Bickford suggests the twin developments of evolving controls over funding, notably, in Putin's Russia onwards, but also the converse movements towards upon professionalization of human rights work, but whereas most activists were not professionals and faced alienation and new power bifurcation. This brought us up to date with need to recognise some of the weakness and but also strengths of the human rights movement, and especially the need for new narratives in the contemporary era - with new approaches to documentation, and to shift from awareness raising to more concrete problem solving and in which new initiatives such as story telling in narrative change are presenting new pathways for human rights.