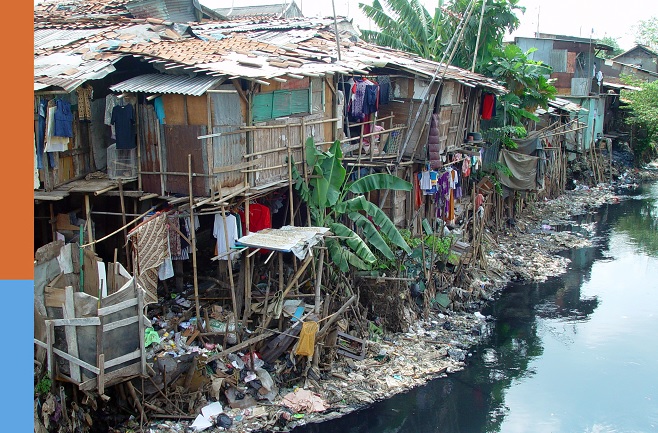 The research group on Human Rights and  Sustainable Development at the NCHR.organized the event and the panelists were: Philip G. Alston,, Dag-Inge Ulstein,  .Morten Jerven, Liv Tørres,. Event moderator was Peris Jones.

The inadequacy of current mainstream measures of poverty, such as the World Bank International Poverty Line of USD1.90 per day was highlighted. Estimations of global poverty vary massively from the current estimate of 10% of the population using this level, rising to between 3-4 times that if we increase the threshold by only a few dollars above USD1.90.

The problems of measurement

The problems of measurement of poverty seriously question the extent to which there has been global progress on poverty reduction. Panellists agreed on the complexity, and lack of adequate data (particularly when based on a handful of poorer countries metrics rather than more representative living conditions across regions). It was also deemed too simplistic, for example, failing to incorporate associated measures of aspects such as justice, peace, gender and human rights. But the advantage of a single universal measure was nonetheless seen as its simplicity.

The main conclusion is that the measure nonetheless needs to build in what an adequate standard of living means in terms of the cost of basic needs across different country contexts.

Philip Alston in particular raised several points from his last report as Special Rapporteur on Extreme Poverty and Human Rights and as to the benefits but also apparent inadequacy of the SDGs. Whilst he stated it would be naive to renegotiate the SDGs, there was nonetheless a serious need to address their fundamental flaws. In this he called upon the important role of Norway in international development to convey the message that if it is business as usual then the SDGs are not going to achieve very much. He suggests that there is little evidence that the SDGs are achieving anything substantial and require ‘recalibration’.

In this endeavor of recalibrating the SDGs, more emphasis needs to be given to firm measures such as: to reduce inequality and all the threats it poses, especially concerning the need for greater focus on the role of taxation and redistribution. Above all, the push for even greater involvement of the private sector 'juggernaut' in the SDGs and policy making more generally, requires much higher levels of scrutiny than hitherto as to their impact and alleged efficiency.

In the face of global crisis

Above all, in the face of global crisis, it is no longer a case of doubling down on the SDGs but ensuring there is an accountability process to achieve them, something still absent and to which urgent attention is required, said Alston.

See the whole event with all the panelists (with Alston joining for the last 35 minutes):