Towards an ecosystem approach in Norwegian water management 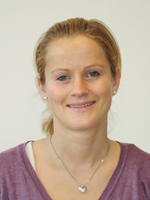 The PhD- theses is a project under the ”Consistency in Environmental Law –project”, carried out within the Research Group for Natural Resources Law at the Faculty of Law in Oslo.

The main objective of the project is to develop new insights in, and analyze, different parts of law that are important for the protection of the environment. A basic hypothesis is that the problems we face when trying to protect the environment through law are partly due to lack of consistency in the legal system.
The PhD-project will focus on the multi-level dimension of the “Consistency-project”, more specifically, EU law as a framework for Norwegian water recourse governance. As a member of the European Economic Area (EEA), Norway has implemented most of the EU environmental legislation. In 2006, Norway implemented the EU Water Framework Directive (2000/60/EF).

The Water Framework Directive (“WFD”) is one of the most ambitious and innovative pieces of environmental legislation from the European Union (“EU”). The directive lays down a common framework for water management within the EU, and sets ambitious environmental objectives to ensure healthy ecosystems and sustainable use of water resources.

By establishing a framework with common environmental quality objectives for water bodies within the EU, the WFD seeks to achieve a more consistent approach to water management. However, the framework established in the directive is not entirely consistent with the existing Norwegian water management regime. This has proved to be a challenge for the implementation and application of the directive in Norway.

The WFD attempts to apply a so-called “ecosystem approach” (or a “resource orientation”) to water management. The management is based on river basin districts (natural geographical and hydrological units), and sets environmental objectives referring to the quality of water bodies (water bodies as regulation objects).

The Norwegian regime can, on the other hand, be described as a “user oriented” regime. The Norwegian management structure is generally – as in most other European countries – not based on natural geographical and hydrological units. Instead, the Norwegian approach is sector-based and fragmented, horizontally between sectors, as well as vertically between levels of government.

Secondly, the Norwegian legislation governing water recourses primarily focuses on regulating activities related to water within the different sectors (not on the quality of the water recourse itself) and provides the responsible sector authorities with wide discretion in balancing sector objectives (such as energy production) on one hand, and environmental concerns on the other hand when deciding on individual cases.

Does Norway have the necessary legal instruments?

The different approach to water management in the Norwegian regime and the WFD is not necessarily a problem or an obstacle. On the contrary, the directive seeks to achieve its objectives partly through environmental standards and other obligations established in other EU directives relating to water, and partly through national legislation. However, achieving the ambitious environmental goals in the directive obviously requires coordination (and tight bonds) between Norwegian sector law and the obligation set out in the WFD.

The project's main page is in Norwegian