Adapting to climate change through land use planning and nature management: Obligations, rights, and risks (completed)

The project seeks to strengthen national legal competence related to policy and measures to adapt to effects of climate change in Norway, such as floods and landslides, increased sea level, hurricanes, etc. It will address some of the most relevant legal issues and problems which the Norwegian society will face in meeting this challenge. 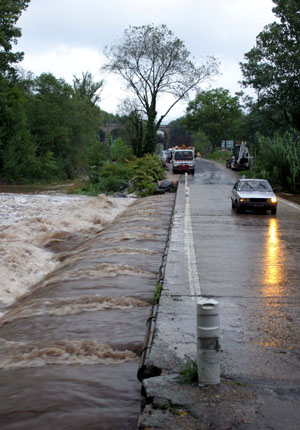 The project looks on the one hand into the obligations and responsibilities of public authorities with regard to prevention and repair of damages due to natural phenomena linked to climate change, such as increased sea level, heavy rainfall, floods, and  landslides. On the other hand it looks at the responsibilities of private actors in this regard, and the rights to compensation and/or restoration of victims of such disasters.

More in particular it will look into such issues as the responsibility for prevention of local authorities with regard to risk assessment  and restrictions through land use planning and building control, and the obligations of landowners to take preventive measures on their property.

The primary objective is to strengthen legal competence in Norway related to adaptation to certain effects of climate change, in particular through land use planning and nature management, in order to improve the relevant legislation and thus the country's ability to cope effectively with these effects.

The project will describe present Norwegian law regarding obligations and possibilities for public authorities to take or to order necessary measures to prevent and restore damage, and the legal rights and obligations of landowners and other holders of rights, and potential victims.

The objective is also to identify possible weaknesses and need for reforms, i.a. in the allocation of responsibilities between different public and private actors, and suggest improvements based on both theoretical approaches, practical experience, and comparative studies.

Ever since the problems of climate change appeared on the international agenda in the late 1980s, it has been recognized that the challenge is two-fold: “mitigation” and “adaptation”. It is now beyond doubt that serious effects of climate change must be expected regardless of international and national mitigation efforts. Adaptive measures will be necessary, although to a varying degree in different parts of the world and in different countries.

The project deals mainly with Norwegian law, but in an international context. It is expected that such natural events as landslides, storms, heavy rainfall and floods will occur more often and be more forceful and destructive in the extreme cases, due to climate change – whether this is man-made or not is not the issue.

In many ways, society’s vulnerability has also increased. Also in a legal perspective many of the issues and problems are well known. However, the prospects of increasing risks of extreme incidents and damage bring the legal issues to the fore.

Clarifications and critical analyses are required in order to ensure that the system is both as effective and fair as possible. The project touches such fundamental legal and political issues as sustainable development, biodiversity protection, resilience and the developing field of disaster law.

The main project is a PhD-thesis by Eivind Junker. Preliminary title: “Adapting to climate change through land use planning”

In addition, a master thesis was carried out in the project in 2011 by research assistant Ingeborg Stene i 2011: ”Marin ressursforvaltning i et klimaperspektiv – med særlig vekt på vern av marine områder som virkemiddel for klimatilpasning” (”Management of marine natural resources in the perspective of climate change – with focus on marine protected areas”, in Norwegian), published in Institutt for offentlig retts skriftserie nr. 5/11 (Miljørettslige studier nr. 37).

The project is funded by the Research Council of orway, through its programme NORKLIMA.

The project has contact and cooperation with several institutions and scholars in the field, in particular:

The project's main page is in Norwegian.