Keeping fossil fuels in the ground: From slogan to legal obligation? 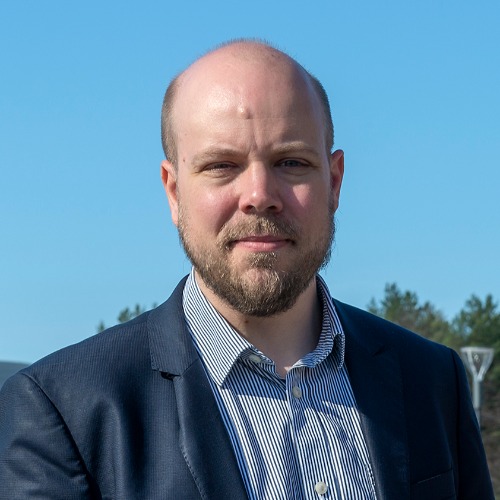 Last week’s ruling by the Hague District Court in the Netherlands ordering the oil and gas company Royal Dutch Shell – the parent company of the broader Shell group – to reduce its emissions by 45% by 2030 (from 2019 levels) is pathbreaking. The most eye-catching feature is that it represents the first time that a fossil fuel company is ordered to achieve a climate target. Moreover, in a radical move, the court extended this obligation to the company’s entire value chain, including the emissions of its suppliers and the consumers of its products.

Arriving a week after the International Energy Agency (IEA) warned that its Net Zero Emissions scenario suggests no new fossil fuel development, and coming on the same day that ExxonMobil and Chevron faced major shareholder revolts on climate-related issues, the decision underscores that fossil fuel companies need to align their core business – producing and selling fossil fuels –with global climate objectives. Moreover, the IEA report and the court ruling suggest that achieving those objectives may mean that major oil and gas reserves on the books will need to be stranded. Once an activist slogan, the message to ‘keep it in the ground’ has thus entered the mainstream.

Connecting the Dots between Fossil Fuel Production and Climate Change

The burning of fossil fuels, including coal, oil and gas, is the single-largest source of greenhouse gas emissions and a major driver of climate change. While this basic scientific fact has been known since the early days of climate policymaking, fossil fuel production plans of governments and companies were initially hardly considered in the climate policy context.

This began to change when environmental activist Bill McKibben wrote an essay in Rolling Stone, popularising the emerging scientific evidence that the amount of carbon in global fossil fuel reserves was five times as high as the amount that could be emitted to stay below the internationally agreed goal to keep global average warming below 2 degrees Celsius compared to pre-industrial levels. McKibben’s warning resonated in several reports and scientific articles that coined the concepts of ‘unburnable carbon’ and ‘stranded assets”, and suggested that some fossil fuel reserves needed to remain untouched.

The Production Gap Report released by the United Nations Environment Programme reinforced these messages, suggesting that countries are planning to produce 50% more fossil fuels by 2030 than would be consistent with the 2 degrees goal, and 120% more than would be consistent with the aspirational goal enshrined in the 2015 Paris Agreement to limit warming to 1.5 degrees.

Fossil Fuel Production in the Courtroom

It’s this report that found its way into the Shell ruling. This is significant, because the report’s message points to an inconvenient truth: that Shell’s business model of continuing, let alone expanding, fossil fuel production is not aligned with climate goals. Indeed, according to the Production Gap Report, staying within 1.5 degrees requires coal, oil and gas production to decline annually by 11%, 4% and 3% respectively between 2020 and 2030. Yet, with the limited exception of BP and Eni, Royal Dutch Shell and other major oil and gas companies have no clear plans for winding down fossil fuel production.

To be certain, this is not the first time that courts have highlighted the disconnect between climate goals and fossil fuel production. Earlier decisions in the United States and Australia had already halted fossil fuel development on climate grounds. And just one day after the Shell ruling, an Australian federal court blocked the approval of a coal mine on the basis that the Australian government had a duty of care towards younger generations to protect them from climate harm.

Whereas these rulings concerned government action and focused on individual fossil fuel projects, the Shell case represents a drastic change in that it focuses on the entire operations of a fossil fuel company. By including what is known as Scope 3 emissions – i.e. emissions taking place both downstream and upstream – the implication of the ruling may well be that Shell needs to cut its production, unless the company plans for extensive carbon removal measures such as tree-planting or carbon capture and storage.

One of Shell’s objections was that requiring it to reduce its emissions would simply mean that other companies would take its place and sell fossil fuels. This ‘perfect substitution’ (or ‘market substitution’) argument, as well as the underlying study that Shell commissioned, were briskly dismissed by the court, drawing among others on the Production Gap Report. Specifically, the court argued that Shell was wrong to assume that others would step in, given that ‘it is necessary to reduce the worldwide oil and gas extraction and to facilitate the curtailment of CO2 emissions that cause dangerous climate change; other companies will also have to make a contribution’. Moreover, efforts by Shell to move away from oil and gas production would likely have other, less tangible, ripple effects that would lead to emission reductions, especially when such efforts are backed by governments.

The Shell ruling won’t be the last time that the consistency of fossil fuel production and climate goals will be tested in court. Like the Shell case, applicants in the pending case of Duarte Agostinho before the European Court of Human Rights have invoked the Production Gap Report, arguing that 32 countries are violating human rights by taking insufficient climate action, among others by permitting exports of fossil fuels extracted in their territories.

Like Shell, the fossil fuel-producing governments will undoubtedly invoke the ‘perfect substitution’ argument. They may further argue that their fossil fuel production is cleaner than other countries, or that natural gas is necessary as a ‘bridge fuel’ on the path towards net zero emissions. Whether these arguments will sway the Court remains to be seen. Whatever the outcome, this case further underscores that fossil fuel production matters and climate goals are closely intertwined.

Interestingly, the applicants in Duarte Agostinho also argue that governments can violate human rights by supporting (financially or otherwise) fossil fuel extraction overseas. One way through which governments do so is through their export credit agencies. In a recent opinion, two legal experts convincingly argued that governments indeed have due diligence obligations to refrain from financing fossil fuel extraction through such agencies. This argument could be extended to all kinds of support for fossil fuels, including domestic subsidies for fossil fuel production. Again, the jury is out on whether this reasoning will resonate with the Court.

What is clear, however, is that lawyers are increasingly successful in crafting arguments that keeping fossil fuels in the ground is an emerging legal obligation in light of international environmental and human rights law. What the precise contents of such an obligation should be for individual countries and companies will be an important matter for future debate.