The Circular Economy and Legal Technique: Nothing new from a business perspective 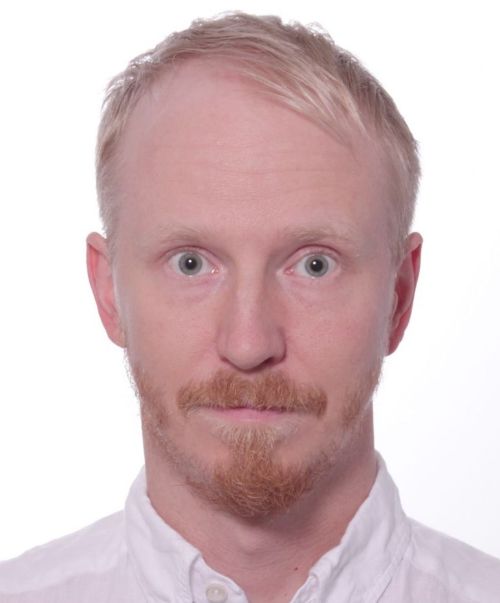 The circular economy is posited as leading to a considerable extension of producer responsibility over the life-cycle of goods and services. I argue that extending governance over product life-cycles has for long been a central business strategy and law has frequently countered the abuse of such governance. The transition towards a circular economy does not entail major legal-technical challenges that it at first glance might seem to require.

A governance perspective on the circular economy

A governance perspective on production conceptualizes interconnected actors as collective entities. For example, a ‘global value chain’ can be seen as a group of entities interconnected through contracts that is centrally coordinated, or ‘governed’, by a lead firm. Conceptualizing individual actors as collective entities has major implications not only for economic efficiency, such as the logistical functioning of fragmented production, and resilience, such as highlighting the global flows that go into the production of goods and services, but also for regulation and liability, ranging from corporate group taxation to the sustainability of outsourced production.

Put into a governance perspective, a circular economy entails that actors must, firstly, know in detail what inputs go into the making of a product or service. This is crucial to counter environmental impacts resulting from the production of goods and not always obvious to producers used to care-free outsourcing. Transnational sustainability laws, such as reporting or due diligence regulations, offer insight into how producers could be expected to understand and govern globally fragmented production from a legal perspective.

Secondly, a circular economy entails that producers must know how products are used and what happens once they are discarded. This is crucial to counter environmental impacts resulting from the consumption of goods. At first glance it may seem exorbitant to expect that producers would be responsible for the use and end-of-use phases of product life-cycles. However, as I explain next, extending governance over product life-cycles has for long been a key business strategy and law has been frequently used to counter the abuse of such governance.

Extending governance to the consumption side: marketing, financialization, servicing and informatization

One classic way for companies to extend governance over products beyond their sale is marketing. Without effective marketing, consumers would not know what goods to buy and how they can be used. This has a profound impact on how producers market their goods and on liability for marketing. For example, product liability is partially premised on the idea that producers affect consumption through marketing and thus can be held liable for damages to users of goods. Another example is provided by the recent Sandy Hook litigation (settled), where families of victims coerced a settlement by arguing that the arms company Remington marketed weapons in a way that was conducive to violence. Furthermore, some of the first traces of private law liability for climate mitigation are present in the Milieudefensie v Royal Dutch Shell case (since appealed), where a Dutch trial court argued that Shell must govern not only emissions resulting from the production of its energy products, but also how consumption of its products shapes these emissions.

Another way that companies have extended governance over products beyond the point of sales is through financialization. Financial arrangements, ranging from payment in installments to consumer credit to factoring, leasing and finance lease, are used to enable consumption. In many cases a producer’s interest and even ownership in the product is maintained beyond the point of sales. Under leasing, for example, the user has access to a product through a temporary agreement of use instead of traditional ownership. Similarly to marketing, financialization has led to the broad legal operationalization of credit arrangements to prevent their abuse.

A third example is provided by servitization. A company can extend cashflow from a product by coupling its sale with a multi-year service agreement. Even more transformative is the trend of full-on servitization of products and the rise of the sharing economy. Instead of selling a good by transferring ownership at the moment of sales, a producer (or owner) packages the good as a service that the user buys, with the good returning to the producer’s (or owner’s) pool of goods after the period for which the service was bought. Early on, easily digitizable goods, such as cultural media and software, were particularly apt for online delivery and thus servitization. Through advances in digitalization almost anything, including traditionally physical goods, can be packaged as a service, from cars to computer graphics cards.

A fourth approach is provided by the trend of informatization. The value of user data has always played a central role in production. Previously collected painstakingly in a manual fashion, digitalization and internet-connected products now allow a continuous stream of information from users to producers. Such information is central not only for product development and marketing but also to the very existence of business models based on a large user-base, such as digital platforms. Thus it may be more valuable than the costs of the product or service itself, leading to some products being offered for little or no cost in exchange for access to live user information.

These trends, and no doubt others too, serve to extend a producer’s interest in and governance of goods beyond the point of sales and even throughout the use-cycle. They point towards a deliberate, economically motivated move from a model where producers, after selling a good and transferring ownership, lose interest in the good after the point of sale, towards a model where producers retain control over goods throughout their product life-cycles.

Introducing sustainability to the equation

The tenet of the circular economy is that products must be sustainable throughout their life-cycles. They should be produced and consumed in a sustainable fashion. My research focuses on the extent to which producers can and do play a role in governing the life cycle of products from conception to end-of-use. While one may think that producers would hold off being involved in post-production without a regulatory requirement to do so, the examples of marketing, financialization, servitization and informatization show that for business reasons corporations have for long extended their governance throughout product life-cycles. Law has followed suit in using this governance as a foundation for regulating abusive behavior.

These examples from business practice and law thus underscore that, from a legal-technical perspective, there is little standing in the way of extending producer responsibility throughout the life-cycle of goods to include also sustainability considerations as required by the transition to a circular economy. Moving forward, the main challenge will be how to determine the optimal parameters of such responsibility to ensure political palatability, in particular to what extent any burden of responsibility placed on producers should be shared with consumers or the state.