A safety check on bringing back "waste" to the city 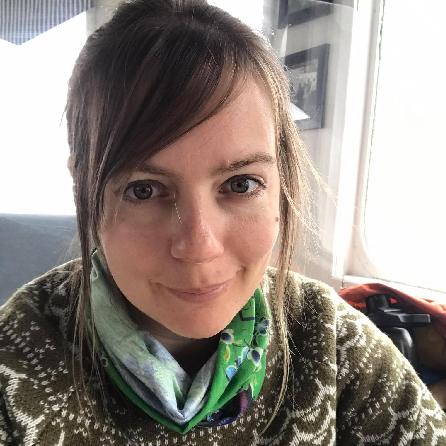 Circular economy is gaining momentum in different countries around the world. In June 2021, Norway launched its own strategy plan, which  fails to take the lead in circularity. In her blog post, Eléonore Maitre-Ekern explains why the scope, the targets and indicators are not ambitious compared with EU countries such as France or Sweden. One of the main concerns is the focus on waste management. Belgium can demonstrate some ways forward; with the focus shifted in the past two decades gradually from waste management to sustainable material management. One of the many big circular exercises we witness in Belgium is how to transform recycling or waste treatment centres in circular hubs, where components and materials get recollected after use, treated if needed, and then sold again - as component or material. This blog shares some insights of research for design of an optimal circular hub, with a focus on the holistic safety aspect.

Out of place, out of my sight

Many governments, local and national, still take this waste management or sectoral perspective without looking at what is happening already or what could be in the place in which these laws are implemented.  The step forward is to start from the territory, identify priority areas and the right strategies fit for this area, and so to take a territorial approach. Territory refers not only to the physical space, but also to the existing informal and formal networks. However, this is not visible in many implementation strategies of circular economy, for example evidenced for Lithuania local governments.

Different scholars explain the lack of territorial thinking to the despatialising processes, like the shift of local (almost) self-sufficient economies to global value chains and industrialisation scale jumps. Despatialising, already criticised by thinkers like Geddes and Magnaghi, is removing the context of space and geography, ignoring the needs and strengths in a place. For example, installing a car manufacturing plant, far from sustainable transport ways as water channels and far from resources and markets, can be seen as despatialising. Building a perfect self-sufficient city in the middle of the desert (as Masdar City in the United Arab Emirates), might sound circular, but it might not be attractive for people to live there (which was the case for Masdar City) and become a waste of resources. These despatialisation drivers had social consequences for the people and other beings and resources that inhabit this country.

Despatialisation happened also to Antwerp, a city in Belgium, and its surroundings. In ancient times, there were more circular metabolic relationships between city and its hinterland and waste was not really an existing concept in everyday practises  (see this paper for more context). This changed dramatically after the Second World War as a result of the consumption society and the centralisation of waste management by the Flemish waste Agency (OVAM). Antwerp, like other cities and municipalities, installed inter-municipal, always peripheral wastewater treatment plants, landfills, incinerators, and recycling centres. These processes are not unique to Flanders.

In the 21st century, different decentralised initiatives like repair cafes and zero waste ships are pulling back/keeping the ‘waste’ in the city and helped to contribute to the shift of perception of waste. Currently, a Circular Construction Consolidation Center (C-CCC) is established at the Blue Gate Antwerp where (secondary) construction materials are collected before they are travelled further  in the city heart for construction activities. These are all hints of reterritorialization processes, where different stakeholders (start to) acknowledge the enabling role of space and territory of circularity. Ironically, many cities propose a circular vision, but they do not understand their role in preserving and creating spaces for circularity, as for example shown by this recent critical paper on the lack of nearby concrete treatment centers in The Hague, the Netherlands.

Is it safe to bring back “waste” into the city?

Waste and material management is complex, especially as many components and products are complex designs which integrate different materials, some of them hazardous. Some products were also made in times when there were less awareness about the health impacts. One known example in Flanders is the use of asbestos in constructions. In Flanders, you can bring this to the recycling centre, but many citizens are not aware about the safety guidelines.

There are also other concerns. Safety is not only about occupational health of the employees but can also mean the exposure to aggression and crime. According to interviews one of us did, theft of materials are a common case. There are also reports of aggression between visitors and employees. These are not perceived as safe and pleasant places to work and visit. There are also other practices that are labelled in certain municipalities and cities as circular, like 3D printing with recycled plastics, that generate microplastics and fumes which are not healthy either.  One of Belgium’s biggest companies, also located in a suburb in Antwerp, in recycling is responsible for higher lead concentrations in the bodies of children living close to their sites.

(Re)designing recycling centers in light of a more circular and social just CE.

Different innovation exercises have been initiated in the past five years in Antwerp to transform these places or create other places for the circular economy. For instance, in 2017, the then newly established Circular Flanders (a new subagency of OVAM), organised a first bootcamp for young people in Antwerp, where they were challenged to share ideas and solutions for different initiatives, like recollection shops, but also Blue Gate Antwerp and Circular South. Two of the participants found each other in the interest for a social justice/impact perspective. In a narrow circular definition, social impacts are not considered. However, circular economy is not a goal, but should be seen a means to more even distribution of benefits, and resources.

Back in 2017, we had questions and concerns about the benefits of the circular solutions, including business models, we would develop and propose. One of us started to work on research for design that would not only include prevention of waste, but also prevention of occupational hazards. She used to work as an environmental expert at a recycling park in Antwerp and was aware that the collection and recycling of the materials offered still had a considerable margin for optimization. This is where the vision of the ‘utopian’ social circular hub originated: a recycling park that is a symbiosis of sustainable material management (and follows the values and principles of circular economy), but also of safety.

From Flanders to the Nordics

In our contribution today in the Futuring Nordics seminar Circular Economy and Corporate Sustainability, we present results of desktop based research of policy and regulatory frameworks (mostly from Flanders), complemented with interviews with employees in the recycling centers connected to the Antwerp metropolitan area about their safety.  The aim of analysing these results is to propose a concept of what a holistic safety approach means for circular organisations.

In the future, we will shift our focus from Flanders to the Nordics.  We are also interested in how these concepts of safety and circularity are translated, operationalised and implemented here on a subnational and local scale, in another context with different regulatory frameworks, policy targets and different histories and geographies. Different cities and municipalities, like Bergen, are launching or declaring a circular city or municipality initiative. How do they make optimal decisions about the location of the recycling or circular hubs? Should new centres be built, or can existing centres still serve? It is important to evaluate not only the circular productivity (how many resources can be stored, treated), but also be evaluated on social impacts like safety for the people that work there. This might lead to a big revisit of different strategies and laws, starting with the indicators of circularity itself.