Om October 30. 2014, Albie Sachs, former justice of the Constitutional Court in South Africa, held the concluding lecture of the 1814 Lectures series commemorating the bicentenary of the Norwegian 1814-constitution. 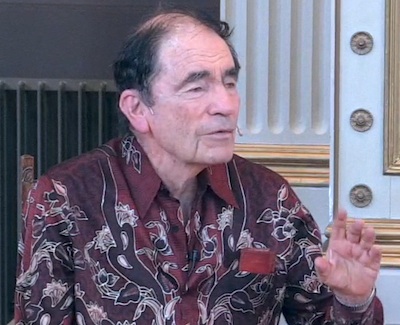 Judge Albie Sachs during his lecure in Gamle Festsal

The Constitution of the Republic of South Africa, 1996, is one of the most ambitious constitutions the world has seen in recent times. Albie Sachs has been a key figure both in the struggle to help South Africa to make the transition into a democracy and in the work of designing the constitution and applying it in practice.

Albie Sachs is unique in that he has been a key figure in the various phases of South Africa’s formative years and continues to maintain a position of principled reflection today.

Mr Sachs’ lecture concluded the 1814 Lectures series. Since 2012 lectures have been held by Quentin Skinner in Bergen, Jan-Werner Müller in Oslo, Lynn Hunt in Trondheim and Bhikhu Parekh in Tromsø. The lectures in the series all in some way are associated with the key constitutional concept of Liberty.

The lecture in Oslo was hosted by The Research Council of Norway, Fritt Ord and The Faculty of Law

Please note low sound-input from the initial speakers, this will improve when Mr. Sachs talks.