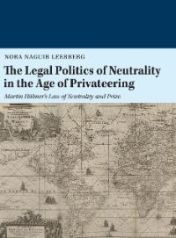 Is it possible for neutral shipping to continue with «business as usual» and remain truly neutral in wartime?

Today, the legal principle of neutrality is generally used to define the status of a sovereign state under international law that wishes to stay uninvolved in the armed conflicts of other nations. Yet, the laws of neutrality, so entwined with the contemporary idea of a peaceful coexistence, were in fact born as a supplement to the concept of war. Among other, the necessity to clearly define neutrality came from the conviction that there is a constant conflict of interest between the rights of neutrals and the rights of belligerents. Neutrality as a principle of international law mainly developed from the writings of brilliant scholars and the practice of Prize courts during the 18th century.

One of the leading writers on the subject of neutrality was the Danish diplomat and Professor Martin Hübner. Although both Hübner and his work are little known today, he is considered a founding scholar and a «champion» of the modern concept of neutrality. This book is therefore a long overdue general analysis of and introduction to his treatise on the issues born from the opposing interests of neutral shipping and belligerent privateering during the last part of the 18th century.