Faglunsj: Intimacy and Equality in the Sharing Economy 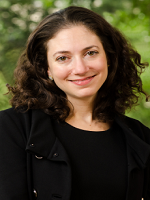 The intimacy on which many sharing-economy transactions are premised holds both promise and peril for those concerned with race and gender equality.  Expanding on previous research on intimate work—a critical area that exists largely in limbo between the law of the market and the law of the family—this talk will explore the significance of intimacy in the sharing economy and the implications for regulation of the sharing economy and for equality.  The intimacy of many sharing-economy transactions heightens the salience of identity to these transactions, in tension with anti-discrimination law’s goal of reducing the salience of identity in the labor market.  Sharing-economy platforms have increasingly come to address discrimination by reducing the intimacy of transactions, especially by making transactions more anonymous.  But this comes at a cost, not only for those who prefer the intimacy that the sharing economy offers, but also by foregoing an opportunity to combat discrimination in a way that changes hearts and minds.

Naomi Schoenbaum is an Associate Professor of Law at George Washington University Law School whose research centers on employment law, family law, antidiscrimination law, and gender. Her scholarship has addressed the legal regulation of critical but often overlooked relationships in the market, such as those between coworkers and those between workers and customers, as well as the design of employment discrimination law.  Her current research is focused on discrimination and intimacy in the sharing economy, unsexing the law of pregnancy, the relationship between transgender rights and sex equality, and the law’s increasing turn to ignorance to achieve antidiscrimination goals.  Her work has appeared in numerous law journals, as well as popular publications such as Slate and The Atlantic.

Professor Schoenbaum is a graduate of Harvard Law School, where she served as Editor-in-Chief of the Harvard Journal of Law & Gender, and Yale University, where she served as Editor-in-Chief of Aurora magazine. Prior to joining the law faculty at GW, Professor Schoenbaum was a Bigelow Fellow at the University of Chicago Law School, a law clerk to the Honorable Karen Nelson Moore of the U.S. Court of Appeals for the Sixth Circuit, a Women’s Law and Public Policy Fellow at the National Partnership for Women and Families, and a litigation associate at the law firm Sidley Austin.  She currently serves as chair of the AALS Section on Employment Discrimination.