Master of Laws Sjur Swensen Ellingsæter at Department of Private Law will be defending the thesis Creditor Priority and Financial Stability: A study of the emergence and rationales of the creditor hierarchy in EU and EEA bank insolvency law for the degree of Ph.D. 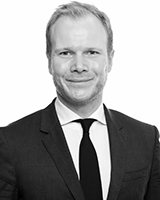 What are the differences between the general and bank-specific creditor priority regimes?
The pari passu principle is often described as the main rule for creditor priority. This principle provides that each creditor should bear a proportionate part of the losses caused by a company’s inability to satisfy its obligations. However, general insolvency law opens for great divergences from this principle. Companies may, within certain limits, contract with individual creditors for better (e.g. through the granting of security interests or other collateral) or worse priority than the other creditors. The pari passu principle is also weakened by certain prescriptive rules that govern how losses are to be shared among the general unsecured creditors, that is, the creditors that have neither received a security interest from the company nor agreed to rank behind other creditors. The pari passu principle is further weakened by the bank-specific priority rules. First, these rules remove several limitations on the power of companies to grant security interests. Second, the rules further differentiate between different categories of unsecured creditors. Third, legislation and administrative decisions increasingly set out requirements for how banks are to exercise their ability to contract for exceptions from the pari passu principle with individual creditors, thereby designating a creditor segment that is to be able to bear losses in the event the bank fails.

What are the justifications that best explain the differences?
General insolvency law’s exceptions to the pari passu principle are most compatible with justifications based on assumptions on the effect of priority rules on the access of companies to debt financing, the principles of freedom of contract and private property and, to a more limited degree, justice considerations. The justifications all reflect a balancing of the interests of companies and different creditor groups. The bank-specific priority rules differ in this respect, as they reflect a view that creditor priority is a means for the protection the public interest in financial stability.

While financial stability has long served as the goal underpinning bank-specific priority rules, the design of these rules has differed. The rules originating around the turn of the millennium sought to remove limitations on the power of banks to grant security interests. Such rules are in line with the idea that autonomy over creditor priority will both enable and cause market participants to protect themselves against bank failures giving rise to ‘domino-effects’ in the financial system. This corresponds to more general ideas on bank regulation at that time, as bank regulation increasingly featured elements of self-regulation.

Conversely, the bank-specific priority rules that have emerged following the financial crisis take the form of absolute statutory or administrative requirements to how losses are to be distributed among different creditor groups. This corresponds to a recent trend in bank regulation more generally, as regulation has become more complex and reliant on technocratic fine-tuning. The priority rules can also be understood as reflecting that the attention of policy makers is increasingly directed at the role priority rules can play in preventing the disruption caused when doubts over a banks solvency causes its depositors and other short-term creditors to withdraw their funds.