Cand. jur. Katrine Kjærheim Fredwall will be defending the thesis An analyze of the Correction Mechanisms of Family Property law for the degree of Ph.D. 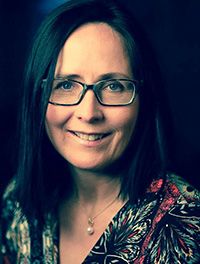 Breakdown of marriage or cohabitation may give need for corrections of the property consequences of the relationship. The thesis analyzes the rules related to division of the estate applicable to marriage and cohabitation in the light of empirical data and human rights.

The analyzes show that the right to so called “un-equal”-division in Norwegian family law often lead to less sharing than the majority of spouses assume, in addition spouses seldom are entitled to any other financial compensation after marriage. If their marriage ends in divorce, a considerable amount of the spouses may find that the Marriage Act provides only modest protection.

My starting point have been that economic community of interest is likely to arise in marriage and cohabitation. In a community of interest, spouses and cohabitants make economic decisions not only dependent on their individual benefit, but also dependent on the benefit of the couple as a unit. Such economic decisions dependent rather of the community´s best interest than of the individual´s may create a need for correction of the consequences of such decisions upon breakdown of the relationship.

In my thesis, the legal rules as such, are analyzed. The rules are in addition assessed on the basis of the findings in the survey which was carried out as part of the project. In the survey, 3000 adults answered questions related to financial decisions in their relationship, to what extent their pooled their money, ownership, their knowledge of the law and their assessment of fairness etc.  Furthermore, the courts' use of the rules has been analyzed. Additionally, the rules are assessed in light of key human rights obligations as we find them in the European Convention on Human Rights (ECHR), the UN Women's Convention and the UN Convention on the Rights of the Child. These analyzes have shed new light on how the correcting mechanisms work in this field of law and to what extent the rules give necessary protection.

My research theme is inspired by the strengthening of Human Rights in Norwegian law on one side, rulings from the Supreme Court of Norway where the protection of the individual´s rights have prevailed over more a family based principle, on the other side. And lastly how social changes related to family patterns, family forms and the fact that persons found their family later and stay single longer, influence the effects of the Marriage Act. While the use of Human Rights in this field should lead to better protection in relationship, the couples` late founding of families influence the effects of the Marriage Act and lead to reduced protection due to factual changes.