Master of Laws Giuseppe Bianco at Department of Private Law will be defending the thesis Restructuring Sovereign Debt: Private Creditors and International Law for the degree of Ph.D. 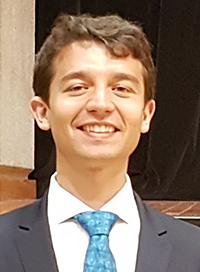 Title: The development and consolidation of state immunity in international law

Sovereign debt crises are a recurrent feature in history. The economic and social implications of unsustainable debt burdens can be devastating, especially for the debtor countries’ population. States can use restructurings to modify the timing and the amounts of the debt obligations they owe. In recent years, the Argentine and Greek cases have catalysed attention and sparked political and legal action.

The current legal framework shows a fragmented landscape, where a multitude of actors and practices coexist. Political expediency governs the process and the outcomes, with little or no room for customary rules or general principles of law.

The case law reveals the challenges for both domestic courts and international tribunals in dealing with instances of sovereign debt restructuring. The contractual approach provides incentives for creditors to attempt creative litigation, which disrupts negotiations. Investment arbitration has proved an inadequate response. The inconsistencies among the different fora bring about unsatisfactory results for creditors and debtors alike, let alone the implications for legal certainty.

For the future prospects, the concepts of odious debt and state of necessity can provide limited improvements, at best. Their content and their contours appear too ill-defined to be relied upon by States wishing to shield a restructuring.

The reform of the legal framework for sovereign debt restructuring has set a competition between approaches based on public international law and on private law. This has been most evident with the process at the United Nations General Assembly and the concomitant modification of contractual clauses.

Analysing the developments in the geo-political and geo-economic sphere can highlight the potential elements of a future framework. First, States might reduce the avenues for litigation by recalcitrant creditors. Second, the focus on the human rights of the debtor population might increasingly permeate the discourse. Third, the European Union might strike a middle ground, with the contractual approach complemented by supranational action, and shape the way forward on the global stage.