Cand. jur Marianne Jenum Hotvedt will be defending the thesis: The concept of the employer. An analysis of the foundation for employer obligations for the degree of Ph.D. 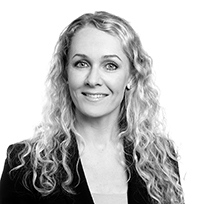 The starting-point is that the employer is the dominant party in the employment agreement. However, the concept is interpreted differently depending on the context, with one definition being applied in the Working Environment Act, and different ones in other rules. Moreover, a range of different nuances can be found even within the Working Environment Act. When an undertaking is transferred to another party, it is for example the transfer that makes the receiver an employer. It is also unclear how the employer acquires the position as the dominant party in the employment agreement. What is required in order to make such an agreement binding? What distinguishes employment agreements from other types of agreement? Who is responsible for the different aspects of the agreement? These questions require specific assessments, which cannot be certain, and which are controversial.

The core of the concept – the position of dominance in the employment agreement – is examined in greater detail. What triggers the employer obligations associated with this position? The thesis clarifies when an employment agreement is binding, what distinguishes it from other agreements, and how responsibility is allocated under such an agreement. These issues require assessments of the 'will' of the parties and of reasonability. For all three issues the relevant 'will' of the parties and the significance and content of the assessments of reasonability is therefore discussed.