Master of Laws Alexander Næss Skjønberg will be defending the thesis; The peace obligation for the degree of Ph.D. 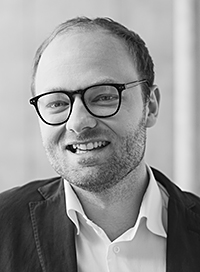 The topic
Industrial actions such as strikes, lockouts and boycotts are legitimate “weapons” for employees and employers when negotiating employment terms. This has been the case since the late nineteenth century when the system of collective bargaining and collective agreements was first developed and adopted. However, when a collective agreement is entered into, the main rule is industrial peace: a state in which the parties and their members are bound by an obligation to refrain from industrial action. This thesis discusses the foundation, justification and scope of the peace obligation.

There are different ways to justify the peace obligation. This thesis stresses that such an obligation is essential for the collective agreement’s normative effect and that it is thereby fundamentally in the interest of both employers and employees.

In practice, there are three categories of actions that fall outside the scope of the peace obligation: sympathy actions (sympathy strike), political strikes and actions that have an individual contractual purpose. The latter category includes situations, for example, where employees jointly resign from their positions to start work at another employer or jointly refuse to perform work they believe is dangerous. The purpose of the action is decisive. The thesis identifies the elements of this assessment and discusses whether the consequences of the action are of relevance.

However, as demonstrated in this thesis, it is not only the purpose of the action that is decisive. In addition, the Labour Court has developed certain objective preconditions. This is particularly the case when it comes to political strike. Even though the purpose of such action is lawful, it will contravene the peace obligation if there is not a reasonable degree of proportionality between the duration of the strike and its consequences. The thesis also queries whether such objective preconditions derive from both the statutory and contractual peace obligation. The conclusion is that only the contractual peace obligation is the basis for these conditions and that the view in legal doctrine that the scope of the contractual and statutory peace obligation is the same must be reconsidered.