Daughters of Themis, an international women’s network started at the Faculty of Law a few years ago, has evolved today into a viable and fruitful international network for female business scholars. 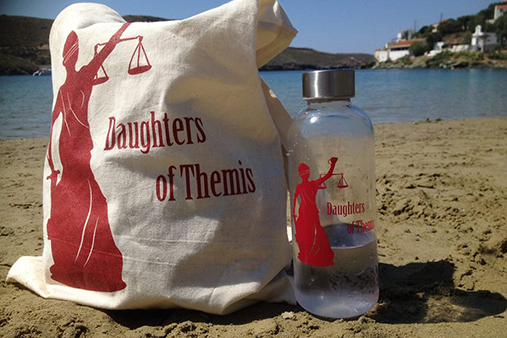 The full name of the network is Daughters of Themis: International Network of Female Business Scholars. The network was founded in 2015 by corporate law professor Beate Sjåfjell. She believed then and continues to believe that the contributions of female scholars are particularly important in traditionally male-dominated research environments, and that Daughters of Themis is an important and necessary forum for open and inspiring discussions between female scholars in an otherwise male-dominated environment.

“New, critical perspectives and alternatives to the mainstream are necessary in corporate law and business research. Homogeneous groups can easily succumb to group thinking and end up as echo chambers,” says Sjåfjell.

One might think that there was no need for a purely female network in Norway which, after all, has come a long way in gender equality work. But at the meeting in 2012 when  the first seed of what is now the Daughters of Themis was planted, there were only two female corporate law professors in the Nordic region.

Beate Sjåfjell took the initiative and has since recruited a number of female business scholars to the network. She is still the only Norwegian female professor in corporate law.
“I have seen that there are many female business scholars who are the only woman in their academic field. Several of them also feel alone because they have different perspectives on research than their male counterparts. At a time when a shift to sustainability is necessary, new perspectives are precisely what is needed. That’s why it’s extra important to bring more women into business research,” says Sjåfjell.

Sjåfjell’s desire to get more women involved in research resonates with the Faculty of Law’s action plan for gender equality and diversity 2018-2020. The plan emphasises that in order for research and teaching to be relevant to society and social development, it is important that the faculty mirror society by recruiting a wide range of people.

One of the goals of the plan is to increase the share of women in academic positions and academic leadership positions. Gender perspectives and gender balance will also be emphasised in the law programme.

The book Creating Corporate Sustainability. Gender as an Agent for Change is one of the newest fruits of the Daughters of Themis’ work. The book is edited by Professor Beate Sjåfjell and Professor Irene Lynch Fannon of University College Cork and published by Cambridge University Press.

The book considers three significant modern developments: the ever-changing role of women in society; a significant and growing dissatisfaction with current dominant understandings of corporate governance, corporate law and corporate theory; and growing awareness of the necessity of establishing sustainable business models globally.
The network is particularly important precisely because it is not restricted to corporate law scholars. It brings together business scholars from a wide variety of disciplines, and interdisciplinarity, academic curiosity and openness characterises the network’s annual workshops. “There will be undoubtedly more international publications from Daughters of Themis in years to come", summarises Sjåfjell.

Read more about the Daughters of Themis network

By Jorunn Kanestrøm
E-mail this page