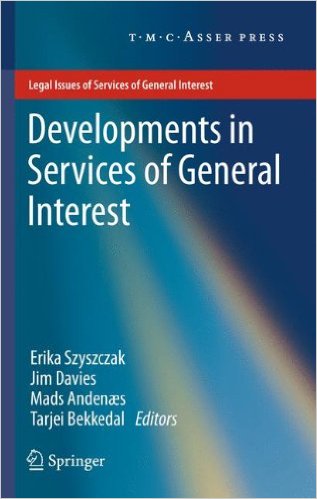 This is the third book in the series Legal Issues of Services of General Interest. The book focuses upon a set of research questions on the recent developments in the emergence of services of general interest (SGIs) as a distinct EU concept. This includes, inter alia, the emergence of universal service obligations and the way they are regulated in the EU in primary and secondary law, the range of soft law communications adopted by the Commission to create a distinctive EU concept of SGIs, the residual role of hard law in the Treaty on the Functioning of the European Union (TFEU), the special problems created by Social Services of General Economic Interest and the interaction of procurement and state aid law with SGIs. A new perspective is offered in this book: some of the issues faced by the EU in accommodating SGIs into a regulatory framework are found also in the policy of the WTO and in least developed countries (LDCs).