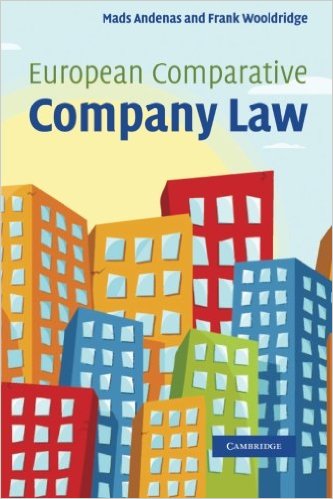 Company law is undergoing fundamental change in Europe. All European countries have undertaken extensive reform of their company legislation. Domestic reform has traditionally been driven by corporate failures or scandals. Initiatives to make corporate governance more effective are a feature of recent European law reform, as are measures to simplify and ease burdens on smaller and medium-sized businesses (SMEs). An increasing EU harmonisation is taking place through the Company Law Directives, and the free movement of companies is also facilitated by the case law of the European Court of Justice on the directives and the right to free movement and establishment in the EC Treaty. New European corporate forms such as the European Economic Interest Grouping (EEIG) and the European Company (SE) have added new dimensions. At a time of rapid development of EU and national company laws, this book will aid the understanding of an emerging discipline.