The World Trade Organization and Trade in Services 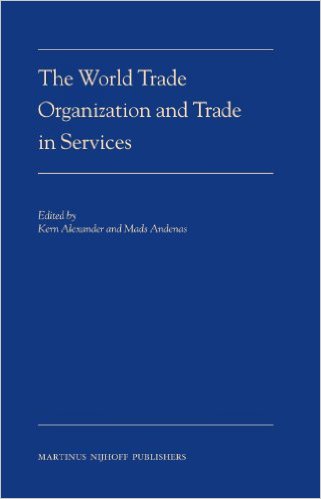 The World Trade Organisation plays the primary role in regulating international trade in goods, services and intellectual property. Traditionally, international trade law and regulation has been analysed primarily from the trade-in-goods perspective. Services are becoming an important competence for the WTO. The institutional, legal and regulatory influence of the General Agreement on Trade in Services (GATS) on domestic economic policymaking is attracting increasing attention in the academic and policymaking literature. The growing importance of services trade to the global economy makes the application of the GATS to trade in services an important concern of international economic policy. The GATS contains important innovations that build on the former GATT and existing WTO/GATT trade regime for goods. This book fills a void in the academic and policymaking literature by examining how the GATS governs international trade in services and its growing impact on the regulatory practice of WTO member states. It offers a unique discussion of the major is-sues confronting WTO member states by analysing the GATS and related international trade issues from a variety of perspectives that include law, political economy, regulation, and business. Moreover, the role of the WTO in promoting liberalised trade and economic development has come under serious strain because of the breakdown of the Doha Development Round negotiations. The book analyses the issues in the Doha services debate with some suggested policy approaches that might help build a more durable GATS framework. The book is a welcomed addition to the WTO literature and will serve as a point of reference for academics, policymakers and practitioners.