The Scandinavian Studies of Confinement research network (SSC) is a network for scholars in the Nordic countries researching prisons and other institutions of confinement. The network is multi-disciplinary and open for researchers doing confinement studies on different levels – from the everyday life of specific institutions, to the wider political impact of penal policy changes. 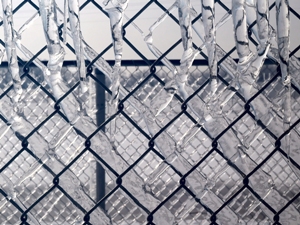 SSC is a forum for scholars engaged in prison studies and studies of other institutions of confinement. Photo:Stock xchange

The Scandinavian Studies of Confinement (SCC) research network was established by Peter Scharff Smith and Andrew M. Jefferson as a joint initiative of the Danish Institute for Human Rights and the Rehabilitation and Research Centre for Torture Victims (RCT) in Copenhagen in 2005. The network grew steadily in numbers over the first few years. When the third meeting was held in Copenhagen in May 2007, it was not only a Scandinavian, but a truly Nordic forum, with participants from all Nordic countries, as well as a few specially invited guests from the UK.

The original network was designed to particularly encourage younger scholars doing prison studies. The 2007 meeting represented an expansion of the network, both to include senior scholars, recognising the benefits to be accrued from 'inter-generational' discussion and cooperation, and in the terms of expanding beyond imprisonment in the narrow sense, to include studies of confinement broadly speaking. The meeting was also truly multidisciplinary, bringing together perspectives from the fields of sociology, criminology, social work, law, anthropology, psychology, and history.

It is our ambition that the SSC – being both Scandinavian, multidisciplinary, and very focused in terms of research area and interests – will continue on the path towards becoming an established professional forum for scholars engaged in prison studies and studies of other institutions of confinement, both in Scandinavia and beyond.

Penal exceptionalism: Nordic prison policy and practice, edited by Thomas Ugelvik and Jane Dullum, is now out on Routledge. It is the first SSC anthology.Find out more here.

The SSC had its third major network seminar in Oslo on October 22-23, 2009. The purpose of the meeting was to discuss John Pratt’s two-part article in The British journal of criminology on what he calls “Scandinavian exceptionalism” (low rates of imprisonment and comparatively humane prison conditions) in the penal sphere. As an outsider looking in, Pratt has written articles which re-contextualises the Nordic penal policies and practices he describes. His work may therefore be seen as challenges to Nordic prison researchers, an opportunity to discuss our taken-for-granted presuppositions about the field. View Pratt's lecture here.

The network activities have so far received funding from the NSfK and the Faculty of law, University of Oslo.