Master of Sociology of Law Rune Ellefsen at Department of Criminology and Sociology of Law will be defending the thesis Performing and policing transgressive protest: A relational approach to the SHAC-HLS conflict in Britain (1999–2014)for the degree of Ph.D. 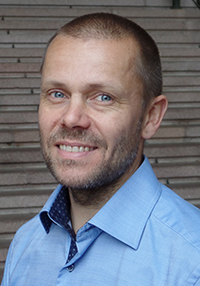 The performance and policing of unruly protest

This dissertation explores the reciprocal relationship between transgressive protest and the plural policing of such protest. It traces how and why practices of protest and policing are employed and developed over time, through sequences of interactions between protestors and agents of policing. This is done by a case study of the conflict between Huntingdon Life Sciences (HLS) and their main opponent, the Stop Huntingdon Animal Cruelty (SHAC) campaign in Britain (1999-2014), which also involved the government and criminal justice agencies.

The SHAC campaign emerged from the radical animal rights movement in England. It involved a diversity of organisations who aligned their actions in the common aim of pushing HLS into bankruptcy, because of its extensive use of animals in experiments. SHAC employed an innovative protest strategy, that combined lawful and unlawful tactics directed at HLS and anyone doing business with them. It thus constituted an international campaign of economic pressure.

The level of SHAC’s impact is reflected in the wave of government and policing measures that were introduced to tackle the campaigners and to protect the businesses targeted. SHAC was defined as a form of “domestic extremism” by the British police and government.

When innovative protestors challenge the law – or operate on its very edge – while also resisting dialogue with the police, they are likely to be perceived as ‘troublesome’. Responses to ‘troublesome’ protestors differ, and involve dynamics fundamentally different from those applied against those who are perceived as ‘peaceful’.

The policing of ‘troublesome’ protest frequently involves more than the public order police. It can include special units tasked to counter ‘domestic extremism’ and even terrorism, it can involve the intelligence services, the prosecution services, the courts, the probation service, and even private corporate actors. It is this relationship, between these agents of plural policing and ‘troublesome’ (transgressive) campaigners, that this dissertation examines.

The dissertation demonstrates the ways in which the interaction between protestors and those who police protestors is decisive to how the conflict develops, and to what the players perceive as necessary reactions to their opposition.

The relations and interactions between the key players in the conflict (protestors, private business actors and various state agencies) are analysed along different dimensions and thus answer the dissertation’s overarching problematic: how and why do the key players relate, respond and adapt to each other’s actions and tactics throughout the conflict – and with what consequences?

The four published articles and an extended introduction provides a deep exploration of the overall problematic, by analysing transgressive protestors’ interaction with corporate and state agents of policing in Britain, and beyond.

Relational dynamics of protest and protest policing: Strategic interaction and the coevolution of targeting strategies (Policing and Society)

Judicial Opportunities and the Death of SHAC: Legal Repression along a Cycle of Contention (Social Movement Studies)