Master in Criminology Siv Rebekka Runhovde will be defending the thesis Policing the Illegal Trade in Wildlife. A Study of Norway and Uganda for the degree of Ph.D. 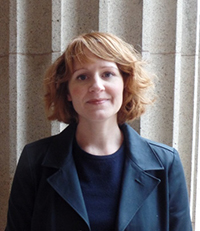 Why we fail in policing the illegal trade in wildlife

The illegal trade in wildlife has become an issue of global concern and is rapidly gaining attention within the wider policy and enforcement community. This PhD project has examined policing practices in response to such trade in Norway and Uganda, and identified and discussed factors that influence the performance of law enforcement officers. This has offered explanations as to why the law enforcement approach to date has had limited success.

Efficient policing depends on political will, clear and binding directions from management, strong domestic legislation and awareness within the policing agencies about the characteristics, drivers and harms of the illegal wildlife trade. I find that the response at local levels is challenged by organizational and situational factors that undermine efforts to curb these crimes. Typically hampered with minimal budgets, environmental enforcement officers are inadequately trained and resourced. In both Norway and Uganda, there is a discrepancy between the many good intentions displayed at policy level, and actually enforced practices. Challenges can be attributed not only to a lack of implementation of policies that obligates the prioritization of detection and investigation, but also to a weak relationship between the policies that are in fact implemented and the central goal to detect and deter the crimes.

For example, while seizures of wildlife are encouraged and celebrated, seizures alone are unlikely to have a significant long-term impact on the illegal trade unless such detections also lead to a commensurate criminal justice response. The reported lack of prosecutions in both Norway and Uganda indicates that more emphasis should be placed on bringing offenders to justice. Secondly, policies and practices built on myths and stereotypes circulating at international policy levels are unlikely to be effective. Official sources repeatedly state that the illegal wildlife trade is linked to money laundering, corruption and violence, driven by organized crime networks and non-State armed groups. This study finds that a diverse group of actors is in fact involved and that the methods of poaching and means of smuggling are varied. In order to understand the complexity of the trade and to respond to it efficiently, more precision about local actors, motivation, activities and context is necessary.