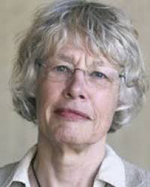 She has worked at the Department of Public and International Law at the University of Oslo since 1987 and been Professor and Director of the Institute of Women’s Law, Child Law, Equality and Anti-Discrimination law since 2000. She was Director of the research Center Rights, Individuals, Culture and Society (RICS) at the Faculty of Law in Oslo until 2017.

She is a visiting professor at the Southern and Eastern African Center for Women’s Law at the University of Zimbabwe (SEARCWL) where she has been involved in teaching and research since 1989.

Her main areas of teaching are equality and anti-discrimination law, women’s law, human rights in context, legal anthropology and law and development.

Her main area of legal research is equality and anti-discrimination law. It addresses the intersection of gender, ethnicity, religion, disability, sexual orientation and gender identity with focus on the relationship between international, regional and national legal standards in Norwegian, Nordic and African context

Hellum’s  research in the field of equality and anti-discrimination law addresses the complex relationship between human rights and legal pluralism in Southern and Eastern Africa, Norway and Pakistan. Starting out with the situation of different groups of women, it explores  conflicts and dilemmas that the relationship between international, national and local norms gives raise to, regarding equal reproductive, social and economic rights.

She was leader of the transnational  law project in the interdisciplinary project Cultural Complexity in the New Norway (CULCOM) at the University of Oslo. She was part of the project Should states ratify Human Rights Conventions? at The Centre for Advanced Study (CAS) at the Norwegian Academy of Science and Letters and the project Human Rights, Power and Civic Action in Developing Societies: Comparative Analyses at the Norwegian centre for Human Rights.

Tags: Law and development
Try a new version of this publications list.

One size fits nobody