Camilla Guldahl Cooper (LLM) will be defending the thesis NATO Rules of Engagement: On ROE, self-defence and the use of force during armed conflict for the degree of Ph.D. 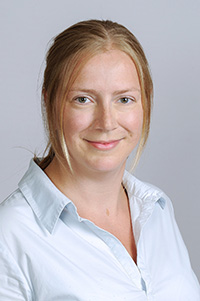 When are military forces permitted to use lethal force during armed conflict? This is both a question of law and military authorisations. From a legal perspective, the law of armed conflict and the right to self-defence is most relevant. In addition, military directives and procedures such as rules of engagement (ROE) provide more detail and restrictions on when, how and against whom force may be used. The challenge for military forces is that during complex military operations, both the law and ROE can be very difficult to apply. How can people who fight without wearing uniform be identified and distinguished from protected civilians? When does a person who is not a member of the armed forces of a party to the conflict become a lawful target

Rather than academic discussions setting out complex criteria that lawyers struggle to agree upon, military forces need, and deserve, clear rules and guidance on when they may use force answers, especially when the operational realities are complex. This is amongst others done through the use of operational concepts such as ‘hostile act’ and ‘hostile intent’, however, these can also be difficult to understand and apply. This thesis therefore analyses what the NATO ‘use of force’ concepts authorise, what law applies and what it requires, and how the operational tools reflect and ensure compliance with the applicable legal requirements.