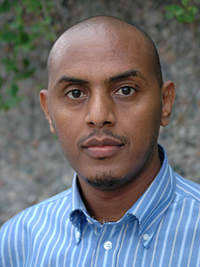 The legal regime regulating the management and utilization of the Nile River water resources has essentially been constituted through an intricate web of ‘treaty schemes’ and ‘incompatible set of national legal conceptions’, mostly organized in the past century, to suit colonial-epoch strategic, economic and political considerations.

Attended by fiscal and technical limitations in the upper courses of the Nile River basin, the resulting juridical hitch has over the decades structured an exceptionally contrasting pattern of water resource development patterns across varied political constituencies of the basin. The legal uncertainty also occassioned a hydro-political setting in the basin wherein virtually all development projections and initiatives involving the limited resource, both in the upper and lower-reaches of the river, sustained to instigate complex rows in legal and diplomatic contexts.

This thesis endeavours to present a case study of just one aspect of a multifaceted set of legal organization that regulated utilization of the Nile waters in the basin, and hence converse on ‘the origin, composition, functioning and construction’ of the Anglo-Ethiopian Treaty of May 1902.

In further specifics, the analysis also reflects on the ‘non-treaty based’ claims of rights of the basin states to the Nile waters, propounding, in essence, on the pertinent rules and principles of customary international law that set out both riparian rights and limitations inherent in the sovereign rights of utilization of ‘shared’ watercourses.

In this broader context, the investigation strives to understand why, in spite of the concentrated engagements of the basin states in negotiations of the ‘Transitional Institutional Mechanism of the Nile Basin Initiative’ (NBI) in the course of the 1990’s and early 21st century based on a vision of achieving ‘sustainable socio-economic development through equitable utilization’, the origin and substance of rights of use of the Nile waters continued to still be perceived extremely diversely.

The legal and conceptual impediments that held back progress in negotiations on the ‘Nile Basin Cooperative Framework’ shall be accounted to highlight that the essence and realization of riparian rights in the Nile waters vitally hinges on how profoundly the legal standard so embedded in the ‘equitable and reasonable utilization’ principle has been entrenched in contemporary legal relations to define and constrain the respective discretions of basin states.

This involves a wider scrutiny of what the equitable uses principle entails as a means of reconciling competing riparian interests, and how its actual functioning affects contemporary legal settings, perceptions and practices in the basin so as to ‘adjust’ and ‘accommodate’ subsequent claims of the upstream Nile in the pursuit of equity.