Master i rettsvitenskap Rosa Manzo ved Instiutt for offentlig rett vil forsvare sin avhandling for graden Ph.d: Equity as a legal concept and its role in the development of international law on climate change 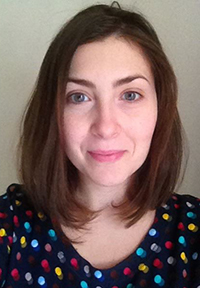 The Equity Enigma in Climate Change

Manzo’s doctoral research investigates the role of the principle of equity in shaping the post 2020  climate change regime.

Equity is a central element to the climate change problem, it corresponds to the complexity of the problem and it attempts to address the inherent unfairness of the problem: it is multifaceted by addressing several issues. A call for an equitable climate change regime ties together a group of issues that invoke equity: firstly, equity comes to the fore to protect the most vulnerable people from adverse effects of global warming; secondly to provide distributive justice among the present generations, as well as the future generations. Thirdly, equity is invoked to ensure an inclusive and transparent negotiation process.
So far the principle of equity has been interpreted synonymously with the principle of common but differentiated responsibilities and respective capabilities (CBDR/RC). This has put the burden of mitigation obligations exclusively upon developed countries as those historically responsible for CO2 emissions.The adoption of the 2015 Paris Agreement challenges the common understanding of the principle of equity in the climate change regime.

Manzo’s research project aims to find an answer to the following questions: How is the principle of equity defined in the context of the Paris Agreement? What is the difference between the concept of equity and the abstract concept of justice?
Manzo’s work firstly focuses on the theory of law on the concept of equity in public international law and environmental law. From there the research focuses on the role played by the equity principle in shaping the Climate Change Regime. It tracks the principle from its first formulation in United Framework Convention on Climate Change (UNFCCC) to its most recent adoption in the Paris Agreement. Manzo is particularly interested in the development of the transparency framework being the most useful tool for assessing the fairness of Parties’ contribution as well as in the establishment of the global stocktaking mechanism. In order to do that, Manzo looks at the contribution form of submissions, inputs and informal papers handed by the major players US, EU, India, and China- to the Ad Hoc Working Group for the Paris Agreement (APA) which is in charge of releasing the rules for the implementation of the Agreement in 2020. The topic itself is timely as well as controversial, making it very interesting. Therefore Rosa is engaged in a comparative work by looking at how the principle of equity has been operationalized in other environmental and non legal regimes.

Manzo concludes that the principle of equity consists of multiple aspects within the climate regime. It can be likened to a prism where the issues of substantial, procedural, intra and intergenerational equity make up its faces.