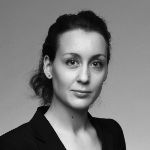 ICJ is an independent, international organisation (NGO) with secretariat in Geneva, established in 1952. ICJ is composed of the International Commission (60 eminent jurists from all regions of the world) and more than 80 branches in as many countries. ICJ’s objective is to promote and protect human rights through the Rule of Law, including strengthening the individual's fundamental rights and freedoms and promote the independence of the judiciary and legal profession, as well as all States implementation of international standards. ICJ Norway is organised through several committees.
The Committee for the Independence of Judges and Lawyers is working to support and protect judges’ and lawyers’ function as independent legal actors, both nationally and internationally.