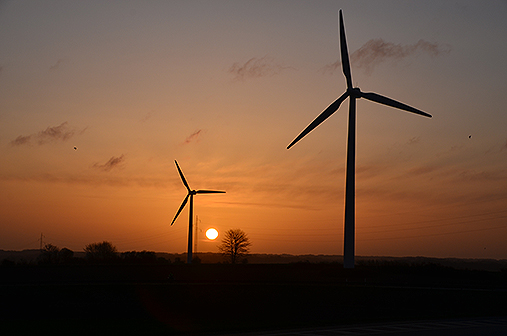 The wide commitment made by governments to decarbonize their economy under economic and climate change constraints has resulted in a process of energy transition.
Because it is a shift in paradigm, it puts pressure on the current models applied to the energy system. This is influences by new models of generation, distribution, consumption, trading, investment and security of supply measures. In that transition, the energy system is supposed to deliver many objectives simultaneously, while it is still based on old models. This calls for a “consistent electricity market framework” (International Energy Agency, Re-powering Markets, 2015).

Norway, as part of the European Economic Agreement, has been a front runner in terms of market design and regulation, but will soon be challenged again by new legislative initiatives from the European Union to be proposed in December 2016 under the “Energy Market Design Package”. South Africa has also long time benefited from low electricity prices and generation surplus as Norway, but faces similar changes of market and grid reform symbolized by the 2008 power supply crisis and the Integrated Resource Plan 2010 to 2030 (IRP).

The activities under that topic will focus on the following legal elements:

Both Norway and South Africa have mining activities and are seen as attractive nations for the mining industry. Meanwhile, the regulatory framework has been development for a long time ago, and new interests in mining and minerals require to reconsider the application legislative framework. In South Africa, the Mines and Minerals (Development and Regulation) (Amendment) Bill, 2016 seeks to amend the Mines and Minerals (Development and Regulation) Act, 1957. In Norway, the 2009 Minerals Act is the central applicable legislation, but new discoveries (including offshore) are made and very few available competence exist in the area. On both sides, there is a huge educational need.

The text for the video 'Mineral and Energy Law Cooperation between Norway and South Africa' is published here (pdf).

The project is financed by the Norwegian Ministry of Foreign Affairs and the Center for International Cooperation in Education (SIU) under short-term UTFORSK program (2017-2018).

We intend to build strong competences in both South Africa and Norway, and learn from the challenges met by the industry and public authorities, disseminate information back to stakeholders and enable students to quickly enter the work market with the adequate knowledge.

The results will be published on the website of the project and communicated to the public by other means available. Lectures in electricity law and mining/minerals law will be conducted in both countries.

Watch the video from the Electricity Market Design Workshop
- a MENSA Project Initiative.

The text from the video is available here (pdf).

Here is the text