The question on the position of renewable energy within both primary and secondary EU law, as well as the constant evolution in case law in this field, invites scholars to reflect upon how the path towards 2030 could and should be achieved. 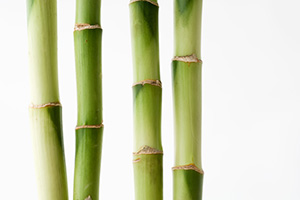 The protection of the environment through decarbonisation and climate mitigation could potentially represent an increasing challenge at the European level due to the nature and scope of the ambitious targets when faced within the ambit a shared competence, where parts of the puzzle are still missing.

Although the general framework seeks a steady course towards an innovative and decarbonised or green economy, different interpretations on the way in which Member States could legally act in order to comply with these objectives does not construct a sufficient environment of legal certainty.

The European Union, due to its ambitious targets in both renewable energy and climate mitigation, could be of urgent need of a more predictable and transparent legal framework that takes into account the national specificities with a proportionate alternation between market-based objectives and the overall decarbonisation logic in the light of a common European interest.

The aim of this is study is to contribute to the ongoing discussion regarding the interaction between Article 192 and 194 TFEU seen within the context of the promotion of renewable energy in the European Union. The legal interpretation of primary and secondary provisions of EU law with regard to renewable energy production has been a very much debated topic on the national as well as on the European level.

The significance of an integrated approach towards renewable energy production and their respective support mechanisms deemed not to interfere with the sovereignty of the Member States regarding their choice of their respective energy mixes as provided in Article 194 (2) TFEU has indeed fueled the discussion. This project seeks to understand the way in which interactions between an exclusive and a shared competence could ultimately create a bridge between energy and environmental legislation at the European level through the vehicle of the definition of a common interest as well as through Article 192 TFUE.

This project seeks to understand the way in which interactions between an exclusive and a shared competence could ultimately create a bridge between energy and environmental legislation at the European level through the vehicle of the definition of a common interest in combination with the enhanced emphasis on Article 192 TFEU in areas relating to renewable energy promotion.

Consequently, the project seeks to examine the relationship between Article 194 (2), 192 (2) and 107 (3) TFEU and argue for an increased importance of Article 192 TFEU in the context of renewable energy promotion. The legal interpretations of the derogations provided for in this context by the European Court of Justice will be examined. One of the core questions remain whether the path towards the achievement of a common interest such as decarbonisation of the European energy system indirectly implies the use of common means.

Publication of seminar conclusions and papers within the context of the seminar organized in co-operation with the Institute for Energy and Regulatory Law Berlin, Germany (Enreg). Seminar papers:

The project was initiated by the Norwegian Institute of Maritime Law, Department of petroleum and energy law as a sub-project of the project entitled “reorganisation of the power market”. The project started in 2014 and is estimated to run until December 2014. The theoretical basis for the project is EU Law.

The Institute for Energy and Regulatory Law Berlin, Germany