With the ongoing revision of the EU Emissions Trading System, theEuropean Parliament has adopted an amendment that will include emissions from maritime transport in the system. If it makes it through the current trilogues, the proposed shipping scheme would cover all journeys between, to and from EU ports.

This thesis aims to determine whether the EU has jurisdiction to oblige vessels flagged in foreign countries to acquire and surrender quotas under the EU ETS based on their entire journeys to and from EU ports, as proposed by Parliament. The thesis was submitted in fullfilment of the LLM program in Maritime Law in at the University of Oslo in December 2016. At the time, the shipping proposal was but one of many tabled in the parliamentary Committee responsible. In February 2017 however, the amendment was adopted in plenary, so that it is now part of the Parliament’s proposal for a revised ETS directive. While the thesis has been updated to include the 2017 developments, the original conclusion is left standing. This is despite the fact that the adopted amendment could be said to be slightly more radical than the one first tabled and discussed in the thesis. In the first version of the amendment, the shipping ETS was to be discontinued instantly if global regulation came into place. The newly adopted amendment similarly conditions a shipping ETS on lacking global regulation. If such regulation is adopted after the entry into force of the shipping scheme, the latter will not automatically cease, but rather be reviewed by the Commission with the aim of ensuring alignment with such regulation. Establishing jurisdiction for this scheme could therefore be said to entail an even more forceful “rocking of the boat” than when the thesis was first written. 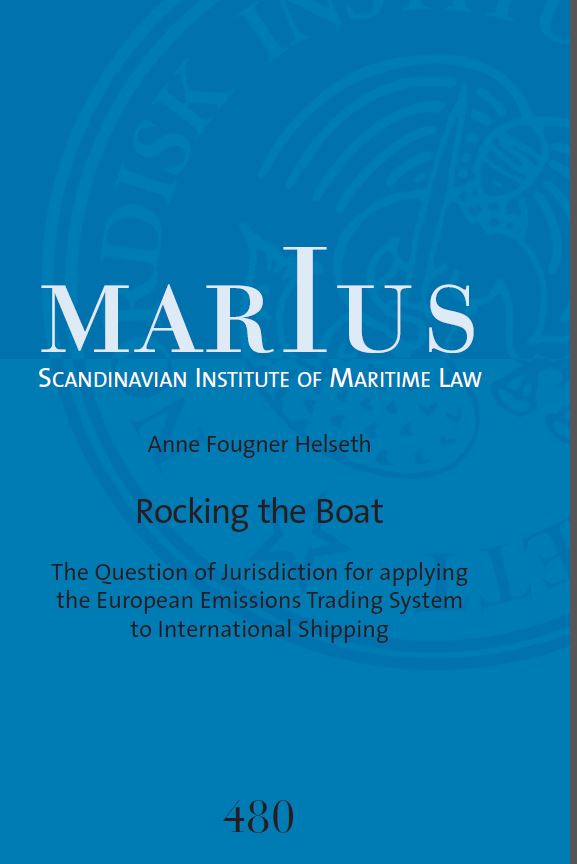 Rocking the Boat - The Question of Jurisdiction for applying the European Emissions Trading System to International Shipping 2017. 71 s.