Australia Prevails in its Arbitration Against Phillip Morris: Why this Outcome is a Boon to the Legitimacy of Investment Treaty Arbitration 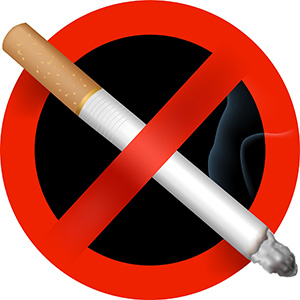 The website for the Permanent Court of Arbitration (PCA) indicated that an Award on Jurisdiction and Admissibility in the high-profile case of Phillip Morris v Australia was issued on 17 December 2015. The arbitration, which was administered by the PCA according to the UNCITRAL arbitration rules and seated in Singapore, has been dismissed in its entirety on jurisdictional grounds.

While the exact grounds for dismissal remain unknown (the Award remains confidential), we do know that the merits of the case are now moot and that we will never get to know whether Australia’s plain-packaging law did or didn’t violate the Hong Kong – Australia bilateral investment treaty (BIT) (the legal basis for the dispute). The long-standing and drawn-out legal dispute arose out of Australia’s decision in 2011 to pass a law on tobacco product plain-packaging. This law required all producers of tobacco products selling in Australia to comply with packaging regulations that banned the use of their trademarks. Australia passed this law in an ongoing effort to discourage youth uptake in smoking. The original claim made my Phillip Morris was that a ban on the use of their trademarks was a violation of Australia’s international legal obligations under the BIT.

As to the grounds for denying jurisdiction in this case, one might speculate that a key issue on jurisdiction related to Phillip Morris’s transfer of it holdings to Hong Kong prior to initiating the BIT claim against Australia for the sole purpose of bringing its plain-packaging lawsuit. Such an abuse of process, if proven, would be difficult for a tribunal to overlook. The Phillip Morris case, which was initiated in 2011, gained international attention and provided significant fodder to the legitimacy debates surrounding the use of investment treaty arbitration as a means of thwarting democratic laws and regulations aimed at the protection of public health. The Phillip Morris case rapidly become the poster child for an international system of adjudication that was ‘off the rails’ and that could be used by large corporations to overturn or frustrate laws and regulations made by states in efforts to protect its citizenry.

However, with the dismissal of this case on jurisdictional grounds, one could also claim that investment treaty arbitration is actually working as intended and that illegitimate claims such as the one brought by Phillip Morris never did have a chance in succeeding. It is interesting to note that the outcome in this case is unexpected nonetheless. As a close watcher of these types of disputes, I had always speculated that it was likely that the tribunal would find jurisdiction over the claim and then dismiss the case on the merits. This would fit within an emerging strategy that we are seeing more and more frequently employed in investment treaty arbitration: tribunals finding jurisdiction over tenuous claims as a means ‘splitting the baby.’ In other words, a tribunal can find jurisdiction over a claim, ‘giving’ the investor-claimant a win of sorts and thus making a denial of its merits claim at a later stage more palatable.

One of the problems with this case, though, is that the investor – Phillip Morris – actually had a cognizable claim under the BIT; and that it is possible that the tribunal was concerned that it would not be able to avoid a favorable award for the investor on the merits. This would suggest very strategic behavior on the part of arbitrators; and this is in fact what I am suggesting. For any arbitrator sensitive to the system-wide implications that this case represented (and which I may argue that all three of the arbitrators on the panel were), a winning case for Phillip Morris would have been absolutely devastating for investment treaty arbitration. I speculate that a winning case for Phillip Morris in this arbitration would have signaled the start of a new revolt against investment treaty arbitration – ultimately leading to its complete demise.

If even the mere fact of filing of this lawsuit led the Australian government to issue an anti-ISDS (investor-state dispute settlement) policy for all future agreements it negotiates, it is hard to imagine what would have happened if it lost this case. With the tribunal ‘getting rid’ of this case at the jurisdictional stage, it is reminiscent of the early NAFTA case of Loewen v US where a tribunal similarly found a way to dismiss the investor’s claim on jurisdictional grounds in order to avoid a later merits decision that could have found in favor of the investor. An adverse decision against the US in the early days of NAFTA was certainly on the minds of the arbitrators in that case. I suggest that a similar type of strategic behavior was at play in the Phillip Morris case, albeit for slightly different reasons.

In the Loewen case, the NAFTA was said to have been at stake if the investor had succeeded on the merits. In the Phillip Morris case, one could say that the entire system of investment treaty arbitration was at stake. In deciding in favor of Australia in this case, Australia may have dodged a bullet and those critical of Phillip Morris’s attempt at global regulatory capture will delight in the end to this case, but the end of this case is also a boon to the legitimacy of investment treaty arbitration as it sends a signal that the system will not tolerate cases that push beyond the limits of what is reasonable in the context of an international system of foreign investment protection.