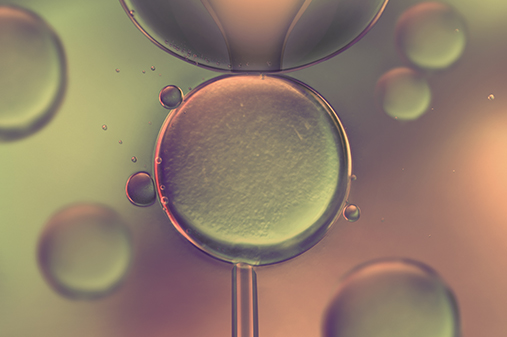 In the Grand Chamber judgment of Parrillo V Italy (27 August 2015), the European Court of Human Rights held that the Italian ban on donating to scientific research embryos conceived through medically assisted reproduction was not inconsistent with the applicant’s Article 8 right to respect for her private life. The details of the case have been examined in an earlier post on UK Human Rights Blog (UKHRB). In this post, I pick up on one topical element of the case that has hitherto been under reported: the Court’s treatment of the parliamentary process underlying the legislation in question.

Parliamentary Process in the Court’s Reasoning

The key to the Court’s finding in Parrillo was the broad margin of appreciation afforded in the absence of a European Consensus on the ethical and moral questions raised where the destruction of human embryos is at stake (para. 176). Yet the Court did not find that there was an unlimited margin of appreciation. The Court was of the view that it was still required ‘to examine the arguments to which the legislature has had regard in reaching the solutions it has retained and to determine whether a fair balance has been struck between the interests of the State and those of the individuals directly affected by the solutions in question’ (para. 183).

However, instead of engaging with the substantive arguments developed in the course of the creation of the legislation, the Court concentrated on certain aspects of the process by which the law was created (paras. 184 – 188; see also Concurring Opinion of Judge Pinto De Albuquerque).

The approach taken by the Court in Parrillo adds to the list of cases that support the thesis that there has been a procedural turn in the practice of the Court (see Brian Chang at UKHRB quoting Judge Spano). This is the view that the Court is increasingly placing significance in the quality of the procedures underpinning decisions whilst at the same time reducing attention to the substantive arguments (see the argument of Oddny Mjöll Arnardottir). However, the projection of the Court in Parrillo that it was still focused on the substantive arguments is problematic.

There is the obvious problem that the Court should not be seen to be saying one thing and doing another. The Court’s legitimacy is connected to the coherence of its reasoning. There are, though, also implications for the development of doctrine on the way in which parliamentary process is used by the Court.

Parliamentary process features in the case law of the Court in different ways (see my recent HRLR article). It can help to determine the breadth of the margin of appreciation (Sukhovetskyy v Ukraine). It can be weighed in the proportionality analysis (Lindheim v Norway). It can also essentially take the place of the proportionality analysis (see the argument of Popelier and Van De Heyning). It is the latter that best captures the approach that the Court actually took in Parrillo.

To make this differentiated approach possible, the Court should be clear in its presentation of the purpose and significance of its assessment of parliamentary process. In failing to be clear on these points in Parrillo, the Court contributes to an uncertain foundation for its analysis of parliamentary process in the case at hand and for the development of doctrine in this area.

One reason why the Court might not have been more explicit on the role afforded parliamentary process in Parrillo is that the process described does not create the same high quality impression as certain other processes have (see also Dissenting Opinion of Judge Sajo). The Court points to how the drafting of the Law ‘had given rise to discussions that had taken account of the different scientific and ethical opinions and questions on the subject’. It mentions a report submitted to parliament from a standing committee that indicated that medical specialists had a role in the discussions, and that these discussions had included lively attention ‘the sphere of individual freedoms, pitting the advocates of a secular conception of the State against those in favour of a denominational approach.’ Note is also made of several referendums on the Law that were declared invalid due to failing to reach the required threshold of votes. On the basis of these aspects of the legislative process, the Court forms the view that ‘during the drafting process of the Law in question the legislature had already taken account of the different interests at stake, particularly the State’s interest in protecting the embryo and that of the persons concerned in exercising their right to individual self-determination in the form of donating their embryos to research.’

Compare the process outlined in Parrillo with the ‘exceptional’ parliamentary process examined by the Court in Animal Defenders International v UK (albeit a case in which process counts as one element among others in both the determination of the breadth of the margin of appreciation and proportionality analysis). Here, the Court engaged with the preparatory work of a number of bodies (both within and outside of parliament), highlighting the breadth of issues covered, the level of detail involved, the consultation With experts, and the attention given to the most relevant case law of the Court.

Part of the issue might be that in the Parrillo case, Italy provided little in the way of argumentation on this point until the oral hearing (para. 184). Yet, the amount of information provided to the Court on parliamentary process is likely to be connected to the clarity of the doctrine. The Court should strive to be clearer on matters such as the instances when parliamentary process can be relevant, the ways in which it can be relevant, and the criteria and levels of scrutiny that can be employed in its assessment. From this perspective, Parrillo appears like a missed opportunity to help clarify an emerging practice that has both benefits and risks for the legitimacy and effectiveness of the Court as a source of rights protection. The pending Belgian face veil case of Dakir v Belgium is another opportunity (see Eva Brems’ post at Strasbourg Observers).