The 25th and 26th of August marked an important event in PluriCourts’ history, the conference on ‘Adjudicating International Trade and Investment Disputes: Between Isolation and Interaction’. As the title suggests, the main topic of the conference was the interplay between the international trade and investment regimes, mainly the question of convergence and divergence and whether this cross‑fertilization is beneficial or should be treated with caution. 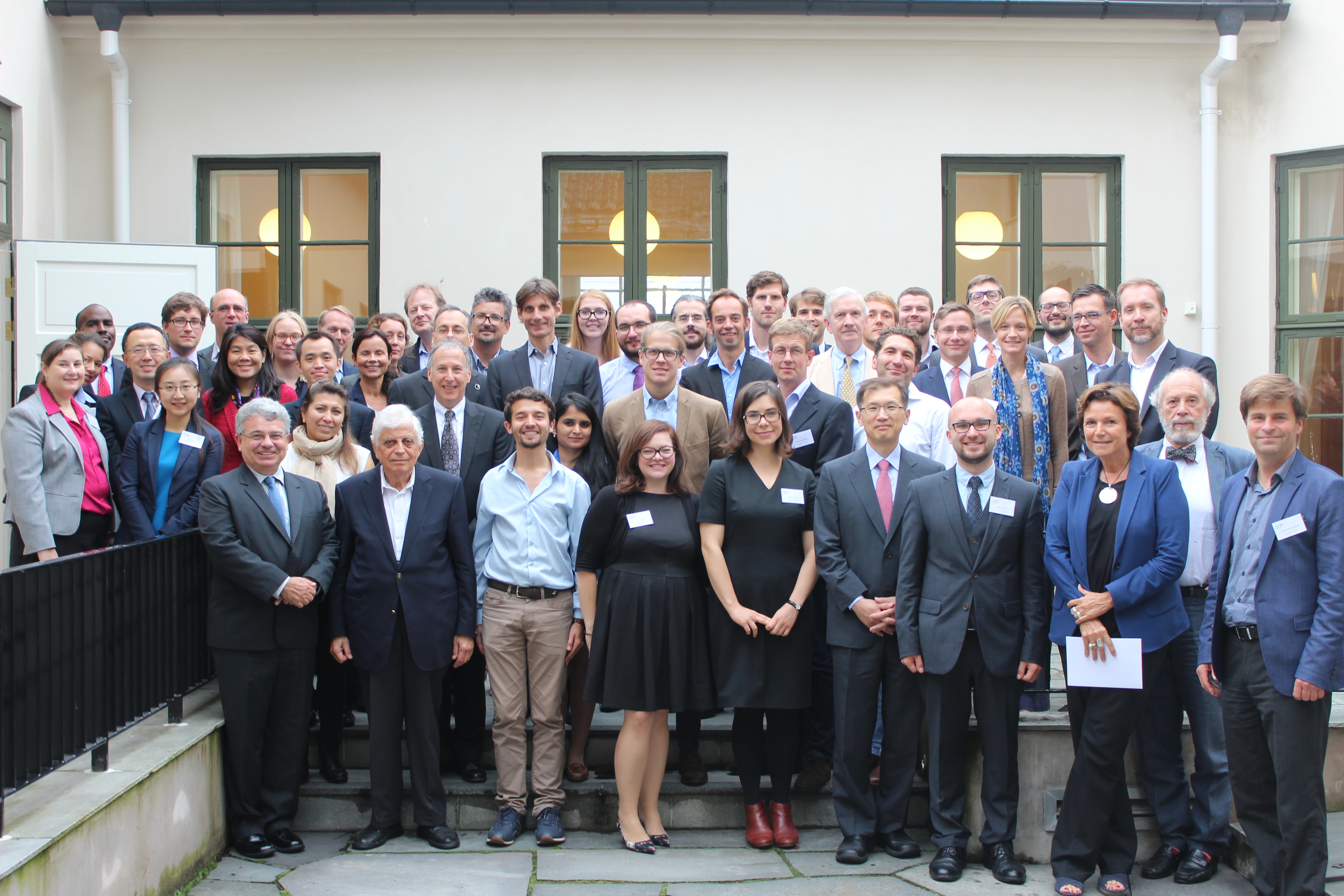 Participants at the Trade and Investment Conference. Photo: PluriCourts

The first day started with two distinguished presentations. Manfred Elsig’s (World Trade Institute) empirical research conducted on nearly 400 PTAs illustrated the large amount of imitation through ‘copy-pasting’ that takes place. His research also indicated, not surprisingly, that the text of the new mega-regional TPP was dominated by US PTAs. On the other hand, CETA was characterized by more balance between the treaty parties and the increased number of unique provisions. Tania Voon (University of Melbourne) continued the morning presentations by looking at the role of the new mega-regionals in international economic law and whether they could serve as new models for the economic interactions between states.

In the first panel, chaired by Jose Alvarez (NYU), the discussion focused on the new mega-regionals. The presenters, which included Greg Shaffer (University of California – Irvine), Kate Parlett (20 Essex Street), Joanna Jemielniak (University of Copenhagen) and Hannes Lenk (University of Gotherburg), engaged the audience in a discussion on a variety of issues, such as the impact of WTO accession on China, the scope of investment protection in newly concluded FTAs, the increased rules on transparency in new EU FTAs and the multilateralization of investment disputes under new EU FTAs. The EU’s new trade and investment agreements were in the spotlight and formed the bases of a thorough discussion and debate on whether the new EU FTAs include novel improvements or simply try to tackle problems with existing solutions.

The afternoon sessions kicked off with presentations and debates about the proposed Investment Court system, moderated by Daniel Behn and Malcolm Langford (PluriCourts). Nicholas Lamp (Queens University) started with the lessons that could be learnt from the set-up and functions of the WTO’s Appellate Body. Lothar Ehring from DG Trade (EU Commission) continued the discussion on the role of the WTO’s Appellate Body in the creation of the two-tier ICS, focusing on the way in which the WTO carries out its adjudicative functions via interpretation, obiter dicta, etc. This panel ended with a debate between Julie Maupin (Max Planck) and Nikos Lavranos (EFILA) on the pros and cons of the ICS from a more practical perspective. Several issues, such as the possibility of domestic review of the ICS’ awards, its relationship to ICSID and the appointment of arbitrators, lead to a well-articulated debate and the engagement of the audience.

Cross-fertilization and the development of law

The focus then shifted to the issue of cross-fertilization between the investment and trade regimes. Sunjoon Cho (Chicago-Kent) delivered a distinguished lecture on convergence and divergence in international economic law. His lecture set the stage for the paper presentations of the last panel, chaired by Laurence Boisson de Chazournes (University of Geneva). Markus Wagner (University of Warwick), Michelle Zang (PluriCourts), Murilo Loubambo (UCL) and Fenghua Li Renmin (University of China) presented their research on related topics, from the cross-fertilization between the trade and investment regimes, to convergence in the field of entry rights for investors. While convergences were found in a number of areas, caution was advised due to the differing nature and purpose of WTO law and the multitude of investment agreements.

At the end of the first day, PluriCourts hosted a festive dinner, during which Geir Ulfstein (PluriCourts) invited Professor and Judge Georges Abi-Saab to address the guests. Abi-Saab’s extended knowledge and experience provided the younger members of the audience with an excellent overview of how international law developed from a relatively obscure part of the law into a complex area with various courts, tribunals and subject areas. Most importantly, he explained to the guests that the work of international judges is an overlap of concentric circles which include their personal convictions, their relationship to their peers, their relationship to States and their interaction with international law.

The second day was one of comparisons and debates. The day began with Jeff Dunoff’s and Mark Pollack’s (Temple University) presentation of the judicial trilemma faced by international courts: how to ensure judicial accountability, transparency and independence? They concluded, after having looked at various courts, such as the CJEU, the ECtHR, the WTO Appellate Body and the ICJ, that it is very difficult to design a court that meets all three criteria. Most often, only two of the three criteria can be achieved. Daniel Behn and Malcolm Langford (PluriCourts) continued by presenting their ongoing empirical research on how arbitrator behavior exerts itself.

J. Christopher Thomas (National University of Singapore) chaired the next panel which focused on the judicial practices of the WTO AB and investment tribunals. The focus of the presentations of Graham Cook (World Trade Organization), Vitaliy Pogoretskyy (Advisory Centre on WTO Law) and Niccolo Ridi (King’s College) was predominantly legal. It was now the time to discuss how the WTO Appellate Body and investment tribunals reach their decisions by relying on the purposes of the international agreements they are meant to interpret, by using sources of public international law in their argumentation or by invoking international decisions from other fields.

Lunch was followed by a roundtable discussion moderated by Ole Kristian Fauchald (PluriCourts). The distinguished participants, Abi-Saab, Alvarez, Boisson de Chazournes, Giorgio Sacerdoti (Bocconi University) and Thomas, were asked to share their views on several topics: the status quo of the interaction between trade and investment dispute settlement, the current trends in this area and the need to increase or decrease isolation and interaction. Alvarez cautioned against increased interaction when tribunals use decisions of tribunals from a different regime to substantiate their arguments, as they may not be fully aware of the intricacies and nuances of the other regime.

The last panel, chaired by Sacerdoti, continued the second day’s theme of comparisons and practices. James Gathii and Cynthia Ho (Loyola University Chicago) presented their extensive research on intellectual property rights and their enforcement under international investment law. Yuliya Chernykh (University of Oslo) then reminded the audience that the issues surrounding the 2001 Decision of the NAFTA Free Trade Committee are alive and kicking due to the inclusion of clauses on binding committee interpretations in recent FTAs. Ridhi Kabra (Cambridge) then looked at the controversial problem of the inherent powers of international courts, specifically the WTO AB and ICSID tribunals.

Fauchald wrapped up the conference. In conclusion, the conference highlighted that there is increasing interaction between the trade and investment regimes not only in the treaty drafting phase, but even more so in the dispute settlement phase. Nevertheless, caution should be applied when such interaction is undertaken. Trade law and investment law have often differing objectives and are based on different international agreements. These differences and nuances have to be accounted for when tribunals refer to decisions and practices of tribunals from the other field. Otherwise, there is a risk that certain concepts are taken out of context.