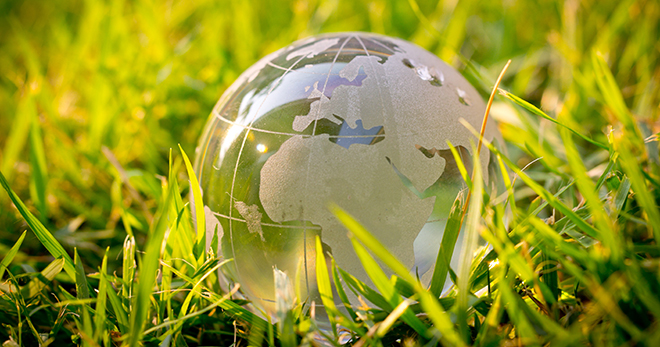 International environmental law is one of the youngest legal fields, going back only a few decades. Effectively addressing environmental problems is also special in the sense that it is a complex challenge which cuts across many legal fields, such as trade law, human rights, property law, investment law, etc. But what is environment?

- The International Court of Justice has said that environment is everything around us, the natural, physical, and chemical environment, tells Professor Christina Voigt, coordinator for the environment sector at PluriCourts, a Centre of Excellence at the University of Oslo. PluriCourts studies the legitimacy of international courts and tribunals (ICs) from legal, political science and philosophical perspectives.

A new way of thinking

Working within the field of environmental law demands a different way of thinking. It challenges the traditional judicial reasoning.

- You have to think very differently from the usual “cause and effect” reasoning, when it comes to environmental issues. The mechanisms are not linear, but complex. They follow their own “natural” logic.

For this reason, environmental law is closely connected to science - or the absence thereof. In particular scientific uncertainty with regard to many of the complex environmental relations challenges the classical burden of proof within law.

The burden of proof without reasonable doubt can often be an obstacle in environmental litigations if it is put on those that aim at avoiding an activity with high risk of environmental damage, Voigt explains.

Recently there have been instances where courts have reversed the burden of proof when faced with scientific uncertainty.

For example, in 2009 the Versailles Court of Appeal reversed the burden of proof in a case brought by residents living next to a phone mast against the mobile phone company owning the installation.

The inhabitants were concerned about the potential health risks of mobile radiation. In its judgment, the Court of Appeal, rather than ask the inhabitants to bring proof that the mast was harmful, asked the owner of the mast to provide proof that it was not. As the owners were unable to do so, the Court ordered the company to take the mast down.

The absence of environmental courts

Currently there are no international courts dedicated solely to environmental issues. Environmental cases are instead dealt with by courts, which have a primary function in another field, such as human rights courts, trade law panels or investment arbitration tribunals. 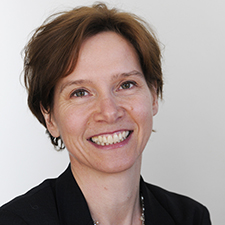 - There are several reasons why we do not have environmental courts, says Voigt. The main reason is political. States are unwilling to give away sovereignty in an area that is so intimately linked with territorial matters regarding for instance natural resources and the subsequent economic consequences.

She hopes that environmental law will see the same expansion as human rights has experienced, which in the early days was also without broad international support and lacking courts and enforcement mechanisms.

However, in order for this to happen, environmental issues have to be included in the curriculum at all stages of the education, so that the next generation of law students takes this perspective with them as they enter working life.

- Although international courts have been the focus of research for many years, PluriCourts is the first to attempt systematically to

examine these crosscutting issues in a broader perspective, says Voigt.

Providing legal context and synergy through more perspectives on all fields were one of the ideas behind PluriCourts originally. By having to work with leading scholars from other disciplines, the researchers are forced to keep up-to-date with the development.

Working with scholars from other disciplines can be quite challenging at times. The interdisciplinarity is also one of the great benefits of working in a centre like PluriCourts, according to Christina.

- PluriCourts is a good place to be challenged from the viewpoint of other disciplines. I learn a lot about law in different contexts from discussions and at seminars with other disciplinary backgrounds, such as philosophers and political scientists. I think it’s a healthy exercise for all involved, says Voigt.

Research in the field environmental law at PluriCourts revolves around three main themes: The first focus is on already existing dispute settlement mechanisms, so called non-compliance mechanisms, in environment treaties. Questions asked are: Why do we have them? How effective are they? Are they different from or similar to courts?

The third issue is whether we, in light of the outcome of the other two fields, need a dedicated environmental court.

- If the conclusion is that environmental cases, when they come up in different courts, are actually being well dealt with by these international courts in a legitimate and effective manner, then we don’t need one dedicated environmental court, says Christina Voigt.

The current research plan is to examine how environmental cases are handled by different international courts, starting with human rights courts in 2014, followed by trade and investment cases in 2015.

In 2016 an international conference on “the environment in court” will be arranged in Oslo, bringing these questions together. The empirical material and the discussions at the conference will provide a basis for answering the question of whether or not we need an environmental court.

- The planned study of different legal disciplines is supposed to give a better light on how the interaction is between international courts and international and domestic courts, given their policy and legal space, concludes Voigt.

The article is also published in PluriCourts annual report 2013 (pdf).