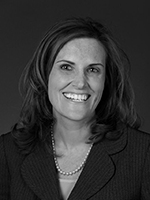 On Oct. 1, it was 60 years since the International Military Tribunal at Nuremberg condemned central Nazi leaders for international crimes and changed the world by serving as a model for future international criminal tribunals, for better or worse.  The IMT was created in order to pursue accountability for aggression, mass killings, and atrocious violations pursued by the Third Reich in World War II. The IMT consisted of judges and prosecutors from the four victorious powers, Great Britain, the United States, France and the Soviet Union.

Twenty-one defendants, including Hermann Goering, Rudolf Hess and Joachim von Ribbentrop, characterized as major war criminals of the European Axis were processed between November 20, 1945 and October 15-16, 1946.  Nazi organizations such as the SS, the Nazi Party, and the Gestapo were indicted, not just individual leaders. Three of the defendants were acquitted entirely and 11 others were cleared of some of the charges against them. Twelve were sentenced to death, others to long prison terms. Goering was convicted but committed suicide first.  The tribunal established crimes against humanity and prosecuted conspiracy, as well as articulating the notion of a crime against peace and genocide.

The IMT established the normative foundation for international criminal law as well as human rights law, including the Genocide Convention. Yet, critics characterized the trials as being tainted by “victor’s justice” and retroactive individual criminal responsibility, because none of the Allied war criminals were prosecuted and some of the crimes, such as crimes against humanity or crime against peace did not exist prior to the tribunal.

The ICC is experiencing a significant legitimacy crisis due to its selective prosecution which consists overwhelmingly of African perpetrators. The United States, Russia, China, and India are not part of the Court, and the jurisdiction of the Court is contingent on referrals by the UN Security Council, prosecutorial discretion, and self-referrals, adding to selectivity concerns. The African Union will not accept the prosecution of current heads of state, hence states appear to only support the ICC when it investigates and prosecutes non-state actors, hence the national regimes of Uganda and DRC have benefited.  Other international criminal tribunals, including ICTY and ICTR, have also been accused of partisanship and fomenting conflict.  They are also blamed for inhibiting reconciliation.

Although the ICC may not necessarily have been very successful in deterring crimes, it has stimulated an increase of national prosecutions of crimes. Because the ICC is a court of last resort, its jurisdiction is contingent on situations in which a nation's courts are unwilling or unable to prosecute people for committing atrocities.  But the dysfunction of national state institutions and lack of political will render the possibility of the ICC receiving cooperation for arrests of perpetrators or collection of evidence and information problematic.

Ironically, victims have been subject to persecution on account of their provision of testimony; many have been threatened, intimidated, attacked and forced to relocate or seek asylum abroad.  There is also concern that the process of interviews, testimony, and questioning is traumatizing.  A significant challenge is reconciling the need to address truth, which incorporates collective guilt, with the focus of international criminal law on individual responsibility which shields collective accountability. Hence, alternatives such as truth commissions and local dispute resolution mechanisms are being pursued as complements to criminal justice. The notion is that it is better to pursue peace, reconciliation, and restorative justice in addition to retributive justice represented by international criminal courts. This calls for a variety of institutions beyond courts. Victims and communities are actually more concerned with attaining reparations and development aid in order to build a better future.  This comes at a time when funding by the international community is disappearing and victims lack participation rights within the ICC Trust Fund for Victims.

The legacy of Nuremberg is vague; it may be argued that the great age of international criminal courts has reached its peak.  We may need to develop new forms of interaction between international, regional and national courts and between criminal justice and other forms of settlement of post-conflict situations in the quest for peace, human rights and justice.