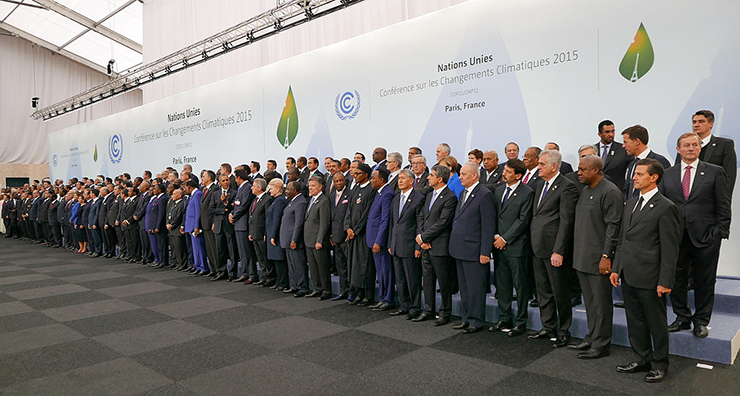 Reflecting on the process of negotiation, adoption and ratifications of the treaty, Professor Christina Voigt writes that

“…in Paris negotiators were in the dark about how long it would take before the agreement would become law; an international treaty. Certainly no-one expected this to happen within less than a year or only a little over six months since it was opened for signature on 22 April 2016 in New York.”

Professor Voigt, who served as Norway’s legal advisor in the negotiations, credits the architecture and inclusive process for the rapid ratifications. Although the Paris agreement today becomes part of international law, there are few legal requirements in the agreement. Countries have the opportunity to set their own plans for cutting emissions.

However, even though the legal commitments in the agreement are limited, the rapid ratification process emphasizes political and legal priorities on climate change and the environment makes it challenging to not comply.

“The mechanism to facilitate implementation and to promote compliance is an important feature to increase the effectiveness of the agreement and to enhance mutual trust. While the mechanism is established, it will still require significant negotiation time to agree on the modalities and procedures for its effective operation”, says Professor Voigt.

As the Paris Agreement enters into its first year it will be interesting to follow the developments in policy making and implementation. The first meeting of the parties is already on its way in Marrakech, highlighting the drive and will to co-operate on issues of climate change and the environment.

“On the Paris Agreement’s imminent entry into force – Part I”, PluriCourts Blog