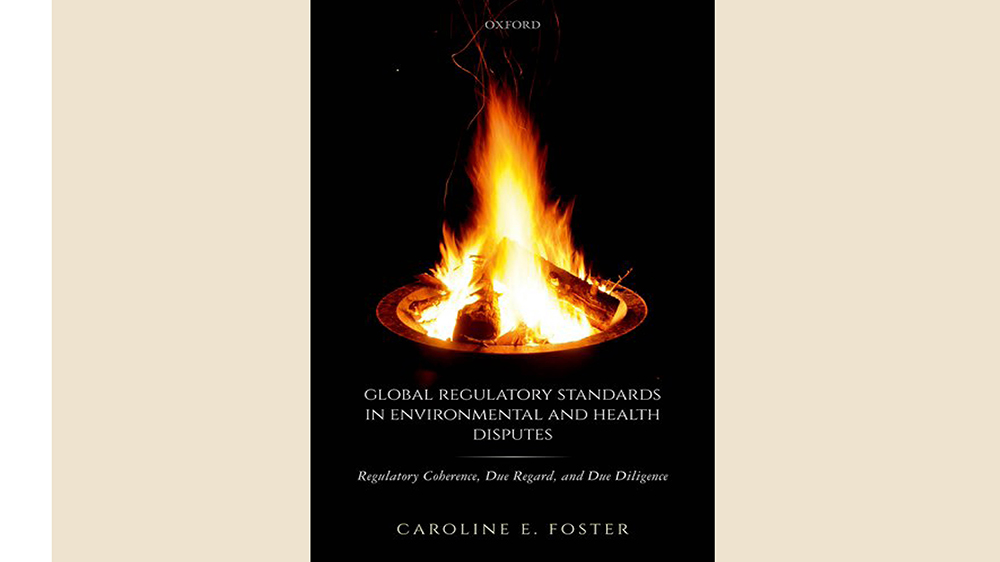 Foster analyzes the jurisprudence of the International Court of Justice, the World Trade Organization, cases under the UN Convention on the Law of the Sea, and investor-state dispute settlement.

The book asks what sort of reason do the relevant courts and tribunals use when they deal with these sorts of difficult cases? Are there emerging patterns common to the international legal system despite the major differences in context between the different regimes? Are these courts and tribunals developing standards of review in regulatory cases or are they just interpreting the relevant law? Is what they are doing a judicial review or is it standard adjudication?

Professor Hernández applauded the book for articulating the co-constituent relationship between the judicial functions in international law and the development of regulatory standards, and for its meticulous inquiry into how the courts and tribunals have done so. Professor Hernández stated, “the book has a methodically given clarity to tests like reasonableness, necessity, due regard, due diligence, and proportionality, that cut across many regimes of international law”.

Professor Ulfstein admired the book for its conceptual clarity and the comparison of the different courts’ practices. Ulfstein’s intervention revolved around three aspects, legitimacy, constitutionalism, and deference. How should the courts deal with such empowerment and to what extent are there mechanisms that redress the empowerment? Which constitutional standards can we use to assess the practice by international courts in this area? How can these substantive standards to what extent international courts should show deference to national decision-making?

Professor Oral contemplated whether we can speak of a set of global regulatory standards that have been developed through the different adjudicatory processes, for different sectors of international law, that can be easily transposable. Can we speak of a global regulatory standard that can achieve harmonization of international law, particularly when they have been developed through ad hoc decisions of different bodies?