Christina Voigt is the new chair of IUCN's World Commission on Environmental Law (WCEL): - I want the Commission to focus internationally.

Voigt will be the chair of the Commission for the next four years. She intends to harness its international role and its global reach. 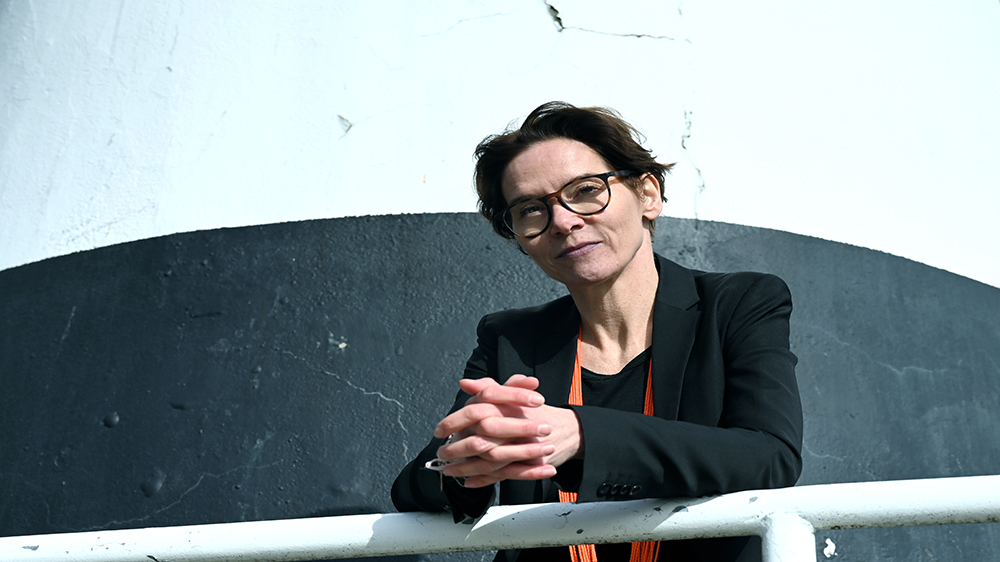 NEW CHAIR: For the next four years, Christina will chair the prestigious WCEL commission with about 2 000 expert members. Photo: Ola Gamst Sæther

The International Union for Conservation of Nature (IUCN) is in many ways a curious anomaly on the international arena. Its members span both 92 states and over 1 400 civil society organizations, and it harnesses the insights of over 18 000 experts. Since its establishment in 1948, the IUCN has become a global authority on the status of the natural world and the measures needed to safeguard it.

The IUCN has six commissions within various fields, and one of them is the World Commission of Environmental Law (WCEL). This commission with around 2 000 expert members will be led by Prof. Dr. Christina Voigt for the next four years. She has high ambitions for the coming period.

- I want the Commission to focus internationally. There is so much important international work going on and I want us to be an important player in these negotiations.

Voigt already has a lot of experience in environmental multilateralism. For over ten years, she was Norway’s legal adviser and negotiator in the UN climate negotiations. She is also currently the first co-chair of the Paris Agreement´s Compliance and Implementation Committee.

To reach the Commission’s goals and fulfill its potential, Voigt has three visions.

- First, I want the Commission to be an arena for networking and meeting where different experts within the field can share experiences, lessons and competences. Secondly, I want the Commission to push the legal development, both domestically and internationally. Thirdly, I want to provide a forum for capacity- building by hosting seminars and conferences where we can support legal education and environmental law literacy.

- This is where the topic stands

Voigt is a professor of international law at the University of Oslo and has published widely on legal issues of climate change, environmental multilateralism, and sustainability. These topics have gradually shifted towards the courts, says Voigt.

- This is where the topic stands at the moment. There are no scientific uncertainties anymore on the state of natural degradation or the decline of biodiversity. So the science is clear, but politics aren’t.

According to Voigt, the law is also fairly clear, as there already is a large amount of rules and regulations both domestically and internationally. However, the laws are not necessarily complied with or enforced.

- This is why we now see this shift to the courts. This is where these battles have to be fought, in the light of the lack of and ineffective action, Voigt stresses.

This is only the beginning

Across the globe, an increasing amount of petitions related to climate change have been brought to both domestic and international courts.

Yet this is only the beginning according to Voigt, who believes that a similar wave of lawsuits related biodiversity and natural degradation is just around the corner.

Voigt admits that she is disappointed with the reasoning behind the judgement.

- The Supreme Court’s judgment seemed to suggest that as long as the parliament had discussed the issue, they complied with the Constitution’s article 112. The court recognized that it had a role, but it didn’t fulfill it. It didn’t look at whether the lawmakers put up sufficient means to protect the environment.

The petitioners have now brought the case before The European Court of Human Rights (ECtHR) in Strasbourg. Four cases on climate change has so far been brought to this court, which has provided no judgements on the matter so far.

- I don’t know how the court will react, but it will be interesting to follow, says Voigt.

Inspiration from the younger generation

Working within the field of environmental law is sometimes frustrating, says Voigt.

- The changes are slow, and at the end of the day the real impacts are few and not enough yet. At the same time you see that climate change is progressing and that nature is being degraded in front of our eyes.

Yet Voigt find hope and inspiration in the younger generation, especially young climate change activists. But the change is also visible among Voigt’s own students. About ten years ago, she started a course on international climate change law. In the beginning it had about 17 students, now it has almost 200.

- I always ask my students why they take the course: This year, they answered “how can we not? This is going to be so consequential for us and our future career”.  I think this is very telling, says Voigt.