Professor Christina Voigt had several roles during COP26: - Meeting in person was a game changer.

During the recent UN climate change summit, state parties agreed to phase down coal and renewed their intention of limiting global warming to 1,5 degrees. Yet for Professor Voigt, the most important achievement was the carving out of the technical details within carbon trading and transparency. 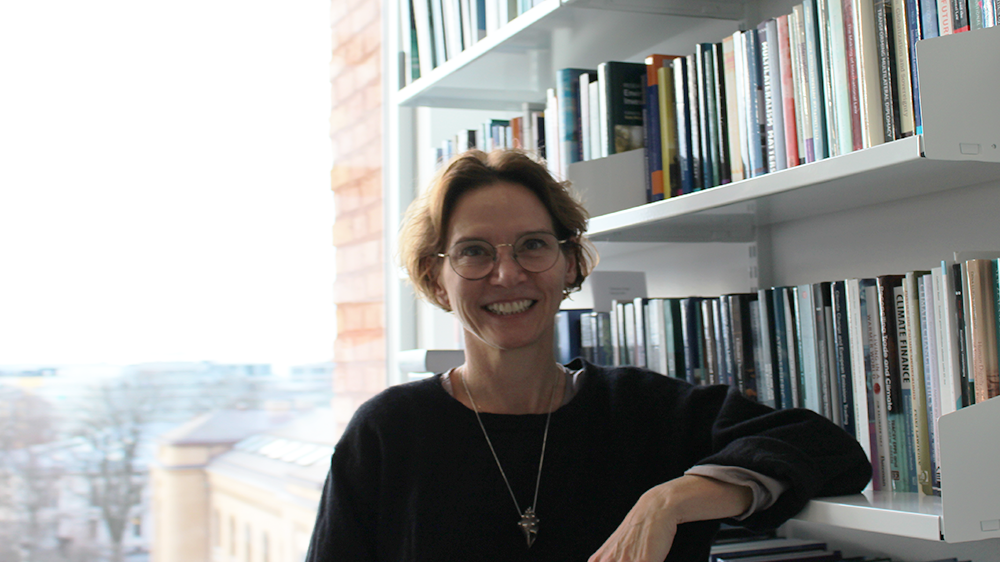 In the first two weeks of November, state delegates and negotiators met in Glasgow to enhance the global response to climate change. During the conference commonly known as COP26, UiO Professor Christina Voigt had several important roles.

She participated as a member of the Norwegian delegation and co-chair of the Paris Agreement’s Committee to facilitate implementation and promote compliance, a position for which she was also reelected for the next 3 years. In addition, she also participated as the chair of the World Commission on Environmental Law, the legal branch of the International Union for the Conservation of Nature (IUCN).

On the agenda were decisions on the overall progress and on the technical details of how to implement and monitor the Paris Agreement and the UN Framework Convention on Climate Change. Despite not producing anything new legally binding, Voigt argues that the conference sent out several important signals.

- The decisions gave important signals by increasing ambitions also midcentury, by anchoring the 1,5 degrees target more specifically, and by putting in place the technical details in areas such as carbon trading, global cooperation, and transparency.

In particular, Voigt stresses the importance of agreeing on the technicalities of how the Paris agreement is to be implemented through reporting tables, transparency rules and timetables.

- These are important details that are necessary to make the Paris agreement work, and they were missing until now, Voigt stresses.

Theses technical innovations did not catch the big headlines in the media, but so did the decision to phase down coal, which was celebrated as an important step forward.  Yet the mentioning of coal alone also poses equity challenges, as developed countries have relied on coal for centuries whereas developing countries maintain that they still need coal to develop, Voigt argues.

- It would have been be much more equitable if they had called upon the phase down or even phase out of all fossil fuels, including oil, gas and coal. Oil is equally there, Voigt points out.

For many states, keeping the goal of 1,5 degree alive was their main intention. Slogans referring to this symbolic threshold also ordained many of the negotiation rooms.

- For that reason it is very important that the decision from Glasgow says very clearly what needs to be done in order to stay within 1,5. This includes reducing global CO2 emissions by 45 percent in 2030 and reaching net-zero emissions around 2050.

The world is not there yet, as the current pledges by state parties will result in global warming far above that threshold.  Yet specifying what is required is still important, as it sends important signals, Voigt argues.

- It is really an invitation to everyone to go back and find out if there is any way to increase ambition, and then do it next year, and every fifth year from 2025 on.

COP26 assembled thirty to forty thousand people from across the world, yet most of them were not there for the actual negotiations.

Voigt describes it as three parallel worlds consisting of state leaders flown in to make speeches, a flourishing side event section with lots of colors, demonstrations and activists, and the formal negotiations themselves, which were located at the far end of the venue in a faraway corner. These three worlds were very separate and rarely intersected, Voigt explains.

With many different roles and hats, she had a tight schedule.

- This was my 13th COP, so I have been doing this for a while and kind of knew what to expect. But this COP was particularly challenging because there were so many things happening at the same time.

Most negotiators don’t have time to take part in the side events, yet due to her many roles Voigt participated on several of them.  Some of these were co-organized by the UiO based Research Centre PluriCourts and touched upon topics such as climate change legislation and the rule of law, human rights and global climate justice, and the possibility of an Advisory Opinion from the International Court of Justice.

Meeting in person was a game changer

Yet taking part in the formal negotiations took most of her Voigt’s time. She found the negotiation climate to be different form previous years, as more flexibility and a more constructive atmosphere suddenly seemed to have entered the room.

- I think people were just happy to meet each other again after two years with only meetings on Zoom. Many negotiators know each other, so to sit down and talk in person was highly appreciated. I think that was a real game changer for the negotiations.

Voigt describes the regular Zoom meetings with 200 participants as extremely challenging, as there were always time differences, always someone with technological problems and always someone who forgot to mute so that everyone could hear the dog barking in the background.

Yet also other factors apart from finally meeting each other again in person might have contributed the more benign negotiation environment.

- Because of the recent reports by IPCC (editor's note: UN's climate panel), because of the British government being so strongly behind it, and because heads of states were coming in for the first speeches and talks, I think there was this understanding that we have to get our stuff together and actually achieve things.

Norway with a double-edged reputation

According to Voigt, Norway has a doubled edged reputation in the negotiations. On the one hand, Norway is perceived as constructive bridge builder that is good at finding effective solutions that still matters. Yet at the same time, Norway is major oil producer that has a large emission contribution through oil export.

- Norway’s wealth it built on oil export, and other countries know that. Unless something is done with the petroleum sector, Norway will always remain in this ambivalent place.

Yet so far, this does not seem to affect Norway’s overall reputation that much.

- Norway still enjoys a lot of trust because it is a small country, because it speaks with a constructive voice in the negotiations, and because as a non-EU member it can move very quickly and act more spontaneously to build consensus, Voigt explains.