Together with the Supreme Court and the Court Administration by the Sami Forum, PluriCourts organized a conference on the specific legal challenges associated with the handling of Sami cases in Norwegian courts. 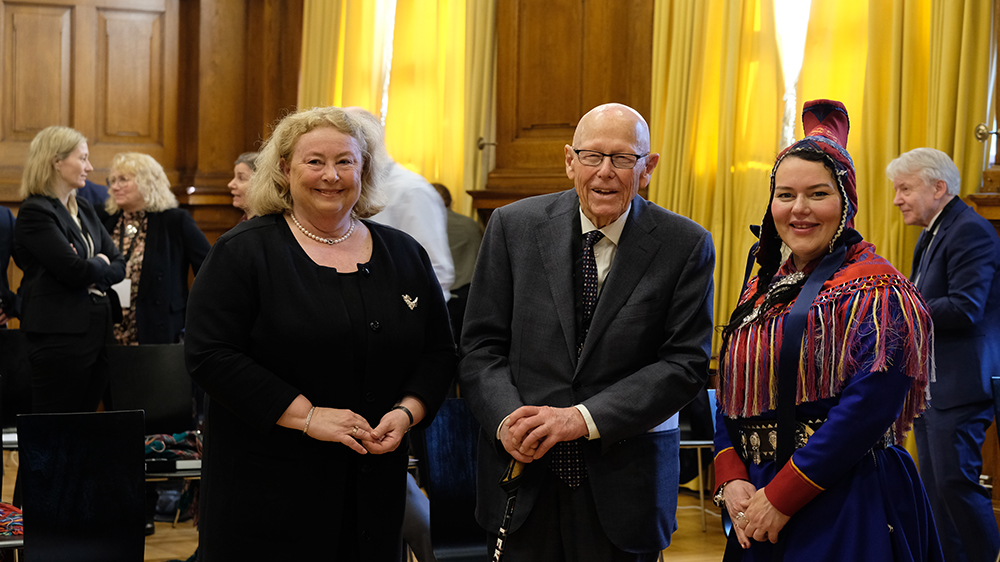 Taking place 21 March 2022, the seminar was held in the Supreme Court Building with over 150 guests that participated physically, digitally or followed the stream online. The program featured a long list of distinguished speakers with substantial experience and knowledge of the field. A video recording and written material from the conference is available on the Court Administration’s web page (external webpage in Norwegian).

The seminar was organised as part of PluriCourts’ Ryssdal seminar series, which is dedicated to discussing questions related to national and international law in the spirit of Rolv Ryssdal. The Ryssdal seminar 2022 was the eight such seminar.

A varied program with historical references

The conference opened with welcoming speeches by Chief Justice of the Supreme Court Toril Marie Øie, PluriCourts’ Centre Leader Andreas Føllesdal, Chair Person of the Court Administration Cecilie Østensen Berglund and President of the Sami Parliament Silje Karine Muotka. Then, Chief Justice Carsten Smith gave an overview of how Sami rights have developed over time as the Sami people gradually came to be perceived as their own people with their own rights.

Next, Professor Martin Scheinin (European University Institute) discussed the importance of international law in protecting indigenous people’s rights whereas Assistant Professor Ande Somby (UiT) discussed today’s judicial practice from a Sami perspective. He highlighted how language barriers, cultural differences and a lack of representation contribute to the problem of some Sami people lacking trust in and not using the Norwegian judicial system. Afterwards, Supreme Court Judge Ingvald Falch discussed how the Sami Parliament is used as a legal factor whereas Chief Judge (sorenskriver) Finn-Arne Selfors discussed how Sami cases ought to be handled by courts.

The presentations were followed by prepared comments by other distinguished speakers from different Norwegian courts, the Sami Parliament, the Finnmark Commission, the police, the Ministry of Local Government and Regional Development, and academia.