20-21 June, PluriCourts held its annual workshop on The Political and Legal Theory of International Courts and Tribunals. 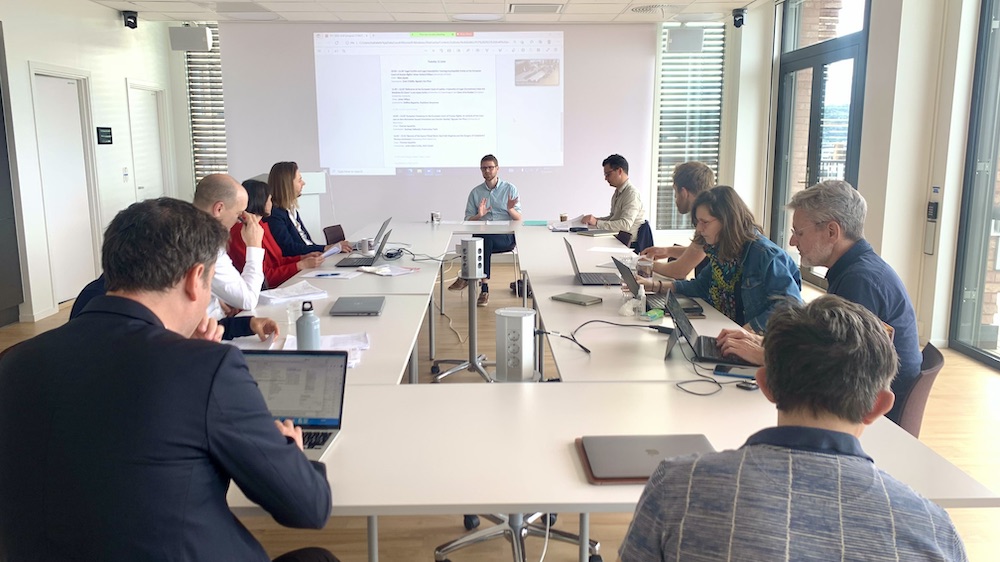 The workshop series brings together scholars of philosophy, legal theory, and political theory who study regional and international courts and tribunals. This year’s topic was Legitimacy Criticisms and Theories of Adjudication.

For the workshop, PluriCourts received more than 70 proposals, among which seven proposals where selected on the basis of their contribution to PluriCourts’ Research Plan and the adherence to the particular focus of this year’s workshop. The papers covered varied issues such as deference at the European Court of Justice, the principle of subsidiarity at the European Court of Human Rights, positive obligations, and constitutional legitimization of human rights, among other things. The workshop took a hybrid form as one participant was unable to participate physically due to travel restrictions.

After the workshop, the participants underlined their appreciation for PluriCourts’ ability to arrange a forum for people with a particular interest in what is considered a niche topic. They also appreciated the synergy they at the workshop, despite the variety in topics, perspectives and backgrounds the participants came in with.

PluriCourts was honored to have Professor of law and philosophy Lorenzo Zucca (King’s College London) as this year’s keynote speaker. Zucca drew on lessons from the demise of King Richard II to discuss criticism international courts (ICs) face regarding de facto legitimacy as well as how the lack of loyalty, solidarity, and respect affects the ICs’ ability to instill compliance with their rulings. Learning from the mistakes of Richard II, ICs must show respect for local sovereigns, i.e., states, and show deference to local decision-makers, he concluded.

PluriCourts extends its gratitude to the participants and the keynote speaker for their active participation and the fruitful discussions shared over the two days.

By Mahalet Tadesse
E-mail this page