Can law be a tool of transformative change?

Professor Dr. Christina Voigt dedicates her life and career to environmental law. This fall, she is organizing a high-level international conference on the transformative power of law. 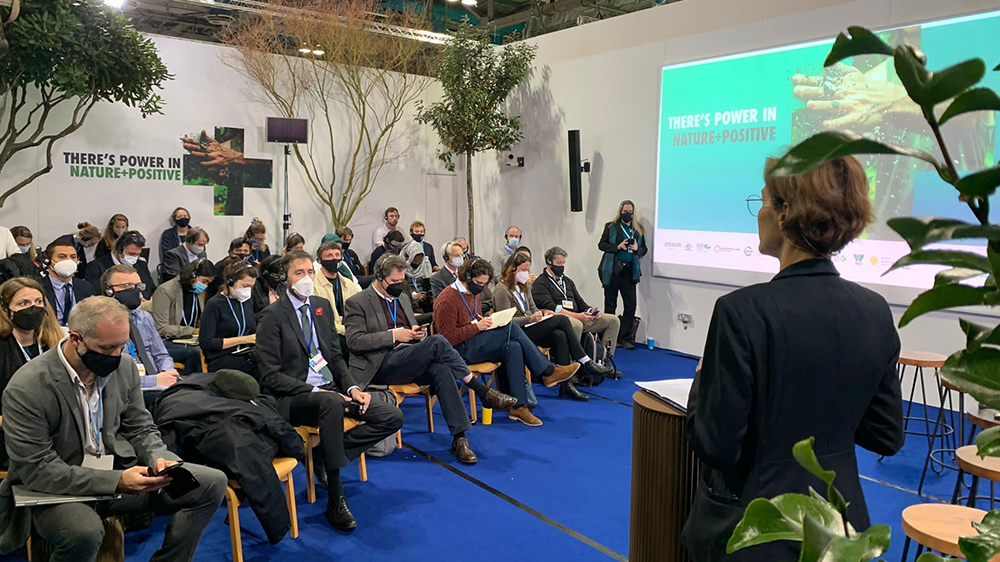 1972 in many ways mark the beginning of international environmental lawmaking. That year, the UN established its environmental program (UNEP), and states signed the Stockholm Declaration on the Human Environment, which for the first time mentions the right to a healthy environment. In the following decades, other multilateral environmental agreements were created, including the United Nations Convention on the Law of the Sea (1982), the Rio Declaration on Environment and Development (1992), and the Rio conventions (1992) on climate change (UNFCCC), biological diversity (UNCBD) and desertification (UNCCD).

An accumulation of multiple environmental crises

Yet while 50 years have passed since the signing of the first international environmental agreement, the environmental situation in the world has grown ever more dire and complex.

– We as a society are faced with an accumulation of multiple environmental crises. One of them is climate change, but this is also coupled with significant loss of biodiversity, nature, and ecosystems, and with massive global pollution in the air, the oceans, and the soil, Professor Christina Voigt explains.

She has spent a lifetime researching various aspects of environmental law and has held several important positions within the field of environmental multilateralism. Currently, she is the co-chair of Paris Agreement’s Compliance Committee and the chair of the World Commission of Environmental Law, as subbranch of The International Union for Conservation of Nature (IUCN) with over 1 000 expert members.

Law as a tool of transformation

As the world is two years into what scientists are calling the critical decade, Voigt worries that our window of opportunity to mitigate these environmental crises is rapidly closing.

– Science is very clear on that we only have this decade to put in place the infrastructural changes needed in order to tackle these challenges by mid-century. Law is a crucial lever to bring about such infrastructural changes. We cannot wait until 2050, we have to do it now. It’s really a critical decade, she stresses.

To meet the pressing need for legal action, but also to commemorate the many 2022 anniversaries within the field of international law, Professor Voigt is now organizing a high-level conference on international environmental law entitled “The Transformative Power of Law: Addressing Global Environmental Challenges”. It will take place at the University of Oslo from 3-6 October.

The aim of the conference is to create a convening space for lawyers and others to engage in discussions on the transformative power of law, both in terms of its limits, but also its possibilities and promises.

– It’s all about starting the discussion about what can we do and the legal tools that we have. What are the limits of these tools and what are their potential? What are the elements that don’t work and what do we need to develop and focus our attention on in the years to come?

In this video recording, Voigt further discusses the topic of the conference.

In the current international framework to address the environmental crises, Professor Voigt sees two primary holes. One of them is the current conception of state sovereignty, where states look at their own personal gains and costs from a short-termed perspective.

– This is part of a bigger discussion we are going to have at the conference: To what extent does state sovereignty has to be redefined to include the need and obligation to protect the environment and the community of states, meaning both a particular state itself, but also other states and areas outside its jurisdiction?

Another big drawback Voigt sees with the current system is its implications for global justice and fairness.

– Many of the environmental challenges that are now becoming so severe started hundreds of years ago with the industrial revolution which began in more developed countries. They bear a particular responsibility for these crises, especially as most of the effects are going to be felt in the areas and countries that are and have contributed much less, Voigt argues.

The underlying equity challenges concern not only the relationships between the Global North and the Global South, but also between those that are living today and future generations as well as between humans and the natural world.

– Law is in principle focused on human needs, but there is a whole natural world out there that is increasingly recognized as having environmental rights and standing on its own. This is another aspect of justice that we will discuss at the conference.

The conference will gather over 250 invited guests as well as many more who are interested in the field. On the speaker list, there are lawyers from various subfields and stages of their careers, but also international and domestic judges, diplomats, UN personnel, representatives from other international organizations, and politicians such as the Norwegian Minister of the environment, Espen Barth Eide.

– We hope for stimulating, creative, and instructive discussions and you only get that if you broaden your perspectives and include a lot of different views, Voigt explains.

The conference is organized as a collaboration between the University of Oslo, the IUCN World Commission on Environmental Law, and a long list of other international and Norwegian partners.

Over the course of her career, Voigt has had many positions in international and multilateral fora working with environmental challenges. Though it is sometimes stressful, Voigt strongly encourages more academics to do the same.

– This is something I feel is incredibly valuable for my research, as I can take these outside experiences as background knowledge and reflect on them further, she says.

But equally important, the positive feedback loop also goes the other way around. Those engaged in international negotiations tend to have a very hectic schedule where they don’t have the time to think “the long thoughts" and to have a logical and critical approach to the issue at stake.

– If you come in there as an academic, this can help the negotiators look at the whole picture and in seeing interconnections between different elements. It can also help them look at procedural questions which sometimes get forgotten in the heat of the moment, Voigt explains.