PluriCourts scholars are doing research on a UN reform process: – It’s sort of an avantgarde thing to do

Scholars from PluriCourts are researching and attending ongoing negotiations to reform the international investment treaty system. - This is a natural experiment. 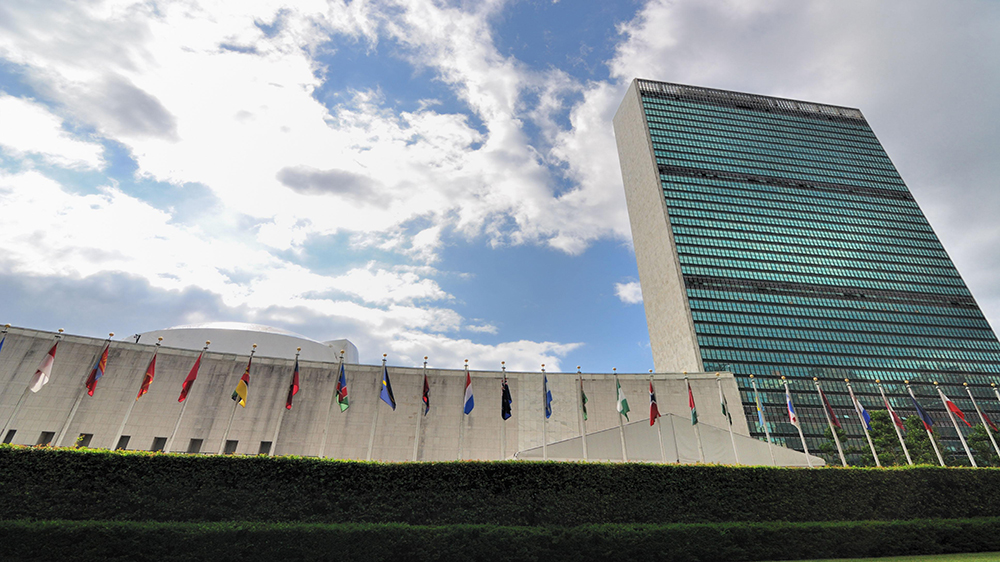 A UN reform process: The negotiation process of the international investments treaty system takes place in UN's offices in New York (on the picture) and in Vienna.  Photo: Colourbox.com.

- There was this notion that ISDS was a private sphere handing down judgements towards states without the public being able to access to their reasoning. This was an important driver of a perceived legitimacy crisis, professor Tarald Berge explains.

Together with other scholars from the UiO based research center PluriCourts, he has gained observer status during the negotiations and has been following the reform process over several years.

- Through following the negotiations from the room where it happens, we have produced a lot of research for the process but also on the process, Berge explains.

Prior to the negotiations, PluriCourts was already a hub for research on investment law and its perceived legitimacy crisis.

- We knew the field and some of the negotiators before the process started, so we have been able to watch the process play out over several years and we were ready to contribute when asked, professor Taylor St John explains.

She has attended the negotiations for PluriCourts and the Copenhagen based iCourts, which is a partner of PluriCourts’ research project LEGINVEST led by UiO professor Ole Kristian Fauchald.

During the negotiations, PluriCourts has played a key role generating and disseminating academic research into the process as a host of the Academic Forum on ISDS, which for a long time was led by UiO professor Malcolm Langford.

But Berge, St John, and others at PluriCourts are also doing research on the process itself. After each session, St John and colleague and professor Anthea Roberts from the Australian National University write blogs where they discuss what has happened and how it could be squared with academic ideas.

- Writing these blogs is sort of an avantgarde thing to do, as it’s not very common for academics to be allowed into a negotiating room, let alone be permitted to write about a live negotiating process. So, it’s very exciting, but it can also be challenging, because we are working in real time, without knowing where the process will lead.

The blogs have had an impact on the negotiations, a prominent example being a piece they wrote on whether investment treaties necessarily lead to more investment. This was an assumption many negotiators relied on, despite it being rebutted by the general academic consensus.

- That blog post is my favorite. It is about investment flows, but it is also about a larger idea that there is sometimes a disconnect between what academics and policymakers believe, St Johns explains.

The research group has also published academic articles on specific aspects of the reform process, using their access to UNCITRAL as a laboratory for bigger themes such as participation by developing countries or the presence of private sector actors in multilateral discussions.

A number of ways to conduct useful research

By transmitting ideas into the process, the research group has also themselves in many ways become part of the process. St John admits that this comes with certain tradeoffs, especially as they are dealing with people over long periods of time.

- Sometimes I wonder how all the time I have spent observing these negotiators – as individuals, as people – shapes what I see or how I perceive the negotiations. For me it’s important to stress that there are a number of ways to conduct scholarship, and each way has strengths and weaknesses. One of the nice things about PluriCourts is that researchers are always using a wide variety of approaches and we can complement each other, says St John.

- States literally came to us

PluriCourts is multidisciplinary research centre and scholars have varied backgrounds from law, political science and philosophy.

- I really enjoyed that at UNCITRAL, as you really see that what you have spent hours and hours working on really matters to policy makers. They use it argue their positions on policy issues and they regularly reference it from the floor.

One topic the negotiators have been particularly interested in is the question of compliance.

- They don’t know whether compliance is a problem or not. This matter for the new system they’re trying to set up and whether it will need a compliance mechanism such as for instance a court. States literally came to us during the negotiations and asked whether we could help them find out, says Berge.

He is now part of a newly established PluriCourts research project that has received funding by the Research Council of Norway to do empirical research on this question. The project will be led by Malcolm Langford.

The pandemic as a natural experiment

Going forward, Berge will also do research on how the pandemic has affected the reform process and developing countries ability to participate.

- This is a natural experiment. The negotiations were physical and then we had an external shock after which things had to be digital. But it’s still the same states and they still have the same interests. All else equal, they should be as interested after as before Covid, Berge explains.

From a theoretical perspective, the digital format should increase developing countries’ ability to participate by lowering the costs of participation. However, some factors might also lead to reduced participation, such as for instance an unreliable internet line or the lack of out office privileges.

- Developing country negotiators’ tend to have many responsibilities. When they follow the negotiations form their office, many of them still have to do their normal job and answer to their bosses at the same time. They might be zooming in, but they might not be as active as they would have been otherwise. Just from a quick glance at how often states speak and how active they are, there might be at least some states that fall off when you go digital.

Berge highlights that he is still in the data-gathering phase, and that it is too early to say anything definitively yet. He is also interested in finding out how the digital format is affecting the quality of the negotiations.