This week, States have descended on UNCITRAL in Vienna to discuss concrete reform of the investor-state dispute settlement (ISDS) system. Members of the Academic Forum have contributed fresh research. 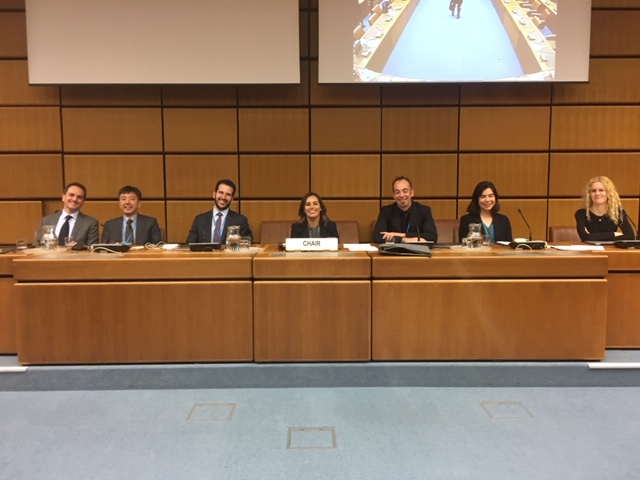 Malcolm Langford, Professor, University of Oslo, and Chair of the Forum explained that the association received a mandate from governments in the New York session in April 2019 to research a number of identified areas.

The focus of the UNCITRAL process is on procedural reforms. States have proposed everything from simple fixes to creating a new multilateral investment court and moving away from ISDS. The main objective is to address critiques of the existing system.

Gloria Alvarez, a member of the Academic Forum that chaired the side event commented that:

To move forward the process, states have identified five initial topics for reform.

Julian Arato and Jaemin Lee presented their working group’s paper on the topic of shareholder compensation claims. Shareholders can seek damages for the same injury that the corporate foreign investor suffers, through so-called reflective loss. The paper highlights the challenges of this rule for both states and investors.

A triad of papers was then presented on the topic of the selection and appointment of adjudicators. Drawing on political science research, the group led by Taylor St John, University of St Andrews, analysed choices and tradeoffs that states face when designing international courts (such as an investment court) in light of empirical research on 24 international courts and tribunals.

Catherine Titi, University Paris II Panthéon-Assas, analysed the existing systems for arbitration, with her group noting the challenges of getting roster systems to work and the advantages and disadvantages of appointment methods for different forms of standing courts.

How different selection and appointment models affect the six concerns of states was addressed by the group led by Malcolm Langford. They identified various trade-offs, a so-called quadrilemma between independence, diversity, accountability and procedural fairness. For example, increasing the diversity of adjudicators through a large court  may reduce the possibility to improve consistency of decision-making.

Karl Suavant, CCSI spoke on the proposal for an Advisory Centre on International Investment Law, which would help developing countries, and potentially small investors, shoulder the burden of litigation. The paper examines the needs of developing countries, what services could be provided,and how it could be accessed and finanaced.

Finally, Chiara Giorgetti spoke on the development of code of conduct for arbitrators. The paper and presentation by highlighted the need to learn from the forest of existing codes and address key areas of concern in ISDS, such as double hatting and early and proper disclosure of issue and other conflicts.