UiO The Faculty of Law PluriCourts - Centre for the Study of the Legitimate Roles of the Judiciary in the Global Order
Main navigation
Back to uio.no
Sub navigation Menu
Projects > Multirights > Events > 2013 > Seminars > MultiRights Seminar: Unstable Identities: The European Court of Human Rights and the Slippery Margin of Appreciation

MultiRights Seminar: Unstable Identities: The European Court of Human Rights and the Slippery Margin of Appreciation

Marjan Ajevski, postdoctoral fellow at MultiRights, will present his recent work on the European Court of Human Rights. 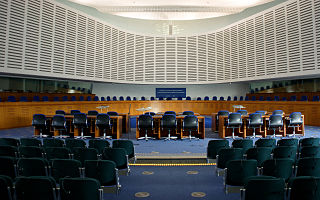 This paper deals with the issue of contested narratives – of narratives that are vying for supremacy in the ECtHR and how the Court’s split identity influences its interpretations and the margin of appreciation doctrine specifically. The argument proceeds as follows: I first start by outlining two ideal types of narratives about the role of courts – the so-called international and constitutional using Letsas’ early insight into the operation of the margin of appreciation (1). I then continue by using literature analysis of recent case-law where the margin of appreciation has been the deciding factor in the Court’s deliberations, most notably the Lautsi and Hurst Section and Chamber judgements and put these ideal types to bear on the Court’s argumentation (2). In the end I summarise and argue that regardless of attempts by judges and scholars to systematize and make the margin of appreciation doctrine more predictable it is a project that is ultimately doomed to fail for as it currently stands it is beholden to two competing narratives about what the proper role of the Court is and how it is supposed to carry out its function. Ultimately the question of why has the Court in this case used the margin of appreciation doctrine in one way rather than another will hinge on the answer of which identity has prevailed at that particular time. To put it differently, any answer as to why the doctrine falls this way rather than that will be case specific, contextual and dependent on the prevalence of local and finite identities.