Daniel Viehoff is currently based at the Department of Philosophy, the University of Sheffield, after completing a PhD at Columbia University and spending a year as Faculty Fellow at Harvard University´s Safra Center for Ethics. 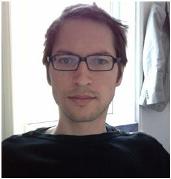 This paper deals with the hardy perennial of the legitimacy of judicial review. I begin by distinguishing two different claims often associated with legitimacy: that legitimate institutions deserve respect, and that they must be obeyed. The two are often conflated, most plausibly because it is assumed that respect justifies authority. But this is mistaken. In fact, frequently an institution’s having legitimate authority contributes to its being worthy of respect. Justifications of judicial review must, I suggest, be more attentive to this fact than they commonly are.

In light of this quite general point I consider two more specific questions. First, from the previous discussion it follows that a certain type of ‘easy’ argument for judicial review, which merely focuses on the quality of the laws we live under, fails. But so does a simple argument for the legitimacy of democratic legislatures that opponents of judicial review like Jeremy Waldron rely on. Second, I propose that the distinction between respect and authority mirrors a distinction between the questions at issue in international and domestic judicial review respectively. For various reasons this might, I (very tentatively) suggest, make it easier to justify international human rights review than domestic judicial review.