Postdoctoral MultiRights fellow, Claudio Corradetti, in collaboration with the Norwegian Centre for Human Rights, University of Oslo (NCHR-TAG- Human Rights and Conflict) and the Norwegian Resource Bank for Democracy and Human Rights - NORDEM announce a conference which will gather leading scholars to discuss issues of cosmopolitanism. 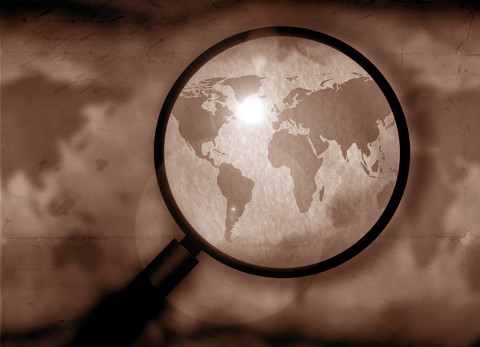 During the last decades, cosmopolitan justice has become one of the major fields of multidisciplinary research. Mostly starting from various reinterpretations of Kant’s Perpetual Peace, theories about cosmopolitan justice have emphasized either the relevance of centralized agencies, or have combined – alternatively – nation-state approaches showing a ‘universalist’ scope. Issues concerning the advancement of a cosmopolitan condition have also involved the role of the global civil society, civil disobedience and social activists and so on. Yet, little weight has been given to the assessment of the role of courts, either at the local or at the international level in the promotion of a "cosmopolitan law". This flaw may reflect a deep scholarly divergence in understanding the multi-faced aspects of post-national law, either regional (i.e. EU), international or – still in progress – cosmopolitan. Particularly in this latter case, the ever growing influence of international courts in adjudicating individual and state behaviors (as in the case of the ICJ and the ICC) requires the clarification of what is the philosophical and legal significance, if any, of cosmopolitan law.
One approach could be that of actualizing the Kantian idea of cosmopolitan law as the "right to hospitality" and to evaluate how this claim has been incorporated, for instance, in the Geneva Convention on the Status of Refugees as a principle of non-refoulement (United Nations, 1951). What is implied by the principle is that refugees and asylum seekers should not be repatriated when there is a danger to their lives and freedom. On this reading it can appear as if a definition of transitional cosmopolitan law must be capable of intersecting transitionality and cosmopolitanism along formal and substantive lines. Or, to be more specific, transitional cosmopolitan law should exhibit both backward and forward-looking conditions, that is, expanded notions of retributive and restorative functions and thus expand the scope of relevant transitions along a multi-level order. Moreover, it must show the "transformative" function of transitional justice law as oriented towards the construction of a unified world legal community through the action of courts. One very effective example of both this forward-looking transformative orientation towards a legally defined (regional) community is the function played by ECtHR judgments in transitional post-communist states.
In view of the above considerations, the primary goal of the conference will be not only to present a general framework through which to present the idea of "transitional cosmopolitanism", but also to analyze the role of Courts in the advancement of the cosmopolitan progression.
Some of the key questions that the conference will address are:
 How can cosmopolitan law be defined?
 How can it be said to play a "transitional" function?
 Can we draw from key components of transitional justice law in order to define the properties of a transitional cosmopolitan law?
 How respectively human rights courts and criminal courts address the problem?
Resulting from the involvement of academics and judges, the foreseen outcome will be of a truly interdisciplinary discussion targeting philosophical, legal and applied/case studies.
The programme is available here (pdf).