State Consent to International Jurisdiction: Update from the first year

The State Consent to International Jurisdiction (SCIJ) project started one year ago. Below we present a brief overview of what we have accomplished so far, and our plans for the near future. 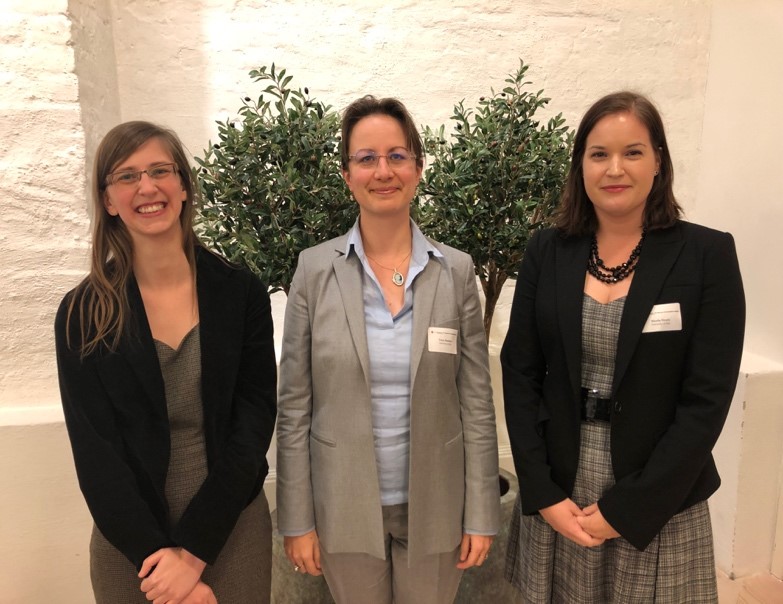 In January 2018, a vacancy was announced inviting applications for the two doctoral fellowships that are part of the project on State Consent to International Jurisdiction (SCIJ). Dozens of interested and qualified candidates from all over the world applied for these positions, allowing for a competitive selection process. An eminent committee consisting of ICJ Judge Peter Tomka, Prof. dr Mads Andenæs, Prof. dr. Geir Ulfstein and Prof. dr. Freya Baetens reviewed all applications and eventually decided that Emma Brandon and Nicola Strain would be best-suited to join the team. Both PhD fellows began working at PluriCourts in September 2018.

Nicola Strain's research interests include international trade law, international investment law and international dispute resolution. She holds a Master of Law degree (LLM) from the University of Cambridge (2017-2018) and Bachelor of Laws (LLB) and Bachelor of Arts (BA) degrees from the University of Western Australia (2007-2012). She has previously worked as a lawyer for a leading commercial law firm in Australia, Clayton Utz, practicing in commercial dispute resolution and competition.

Setting up the SCIJ project

The team have begun work on the creation of a user-friendly consent database providing all "consent documents" in a centralized manner. During the first year, the team have collected and mapped declarations by which states have conferred their consent to the jurisdiction of the International Court of Justice, the World Trade Organization (WTO) Dispute Settlement Body, the International Criminal Court, the United Nations Convention on the Law of the Sea dispute settlement mechanism, the International Centre for the Settlement of Investment Disputes, the European Court of Human Rights, the Inter-American Court of Human Rights, and the African Court of Human and Peoples' Rights. In addition, the PhD Fellows have begun work on their PhD projects.

Setting up the PhD projects

During the first year, Brandon has begun laying out the methodical framework, describing the factual background of states that have signed but not ratified the relevant treaties, and delving into states' relevant obligations under the Vienna Convention on the Law of Treaties. Next, she will analyse obligations under international human rights law that require states to provide certain types of assistance, such as the provision of evidence, to international tribunals.

Nicola Strain's project considers the approach of the WTO Panels and Appellate Body and investor-state arbitral tribunals to jurisdiction over questions of public international law. She aims to provide a coherent definition of, and distinction between, jurisdiction and applicable law in order to prepare a comparative analysis of the two systems’ approaches to interpreting State consent.

During the first year, Strain has begun to gather the primary consent documents and literature on jurisdiction under international law. She has also started to consider a methodological framework to assess how these dispute settlement systems’ approaches to jurisdiction balance the normative considerations of the primacy of State consent against the efficiency of international dispute resolution. Next, she will undertake a case law analysis to determine the interpretation of jurisdiction by these dispute settlement systems.

Next up: dissemination of preliminary results

On 15 May 2019, Emma Brandon will give a presentation entitled “The Interim Obligation under Article 18 of the VCLT and the International Criminal Court” in the PluriCourts Centre lunchtime lecture series.

On 22 May 2019, Nicola Strain will give a presentation entitled “The Murky Waters of Jurisdiction and Applicable Law in International Economic Law” in the PluriCourts Centre lunchtime lecture series.

On 20 and 21 June 2019, the SCIJ team will organise an expert meeting in cooperation with Prof. Laurence Boisson de Chazournes, hosted by The Graduate Institute and the University of Geneva to present and discuss the preliminary results of the project.

Programme will be uploaded soon!